VARNA, BULGARIA (AFP) – When Ukrainian Elena Bondarenko fled to Bulgaria after Russia invaded, she never imagined she would be taken in by a Russian there.

But that is exactly what happened to the bank clerk from Zaporizhzhia, one of many refugees fleeing the war who have been quietly sheltered by members of the country’s 17,500-strong Russian community.

Bondarenko and her mother and two small children were welcomed by a Russian who runs a children’s holiday camp near the Black Sea city of Burgas.

At first “it was a shock”, Bondarenko, 36, admitted. But “I am happy that not all Russians are aggressors.”

“When you are without a roof, and you need to save your children, it does not matter who helps you,” said another refugee, 34-year-old Anaida Petrushenko, who fled from Pavlohrad in eastern Ukraine with her three children.

He has taken in about 160 Ukrainian refugees, some of whom were shown the door at nearby hotels when the tourist season started. 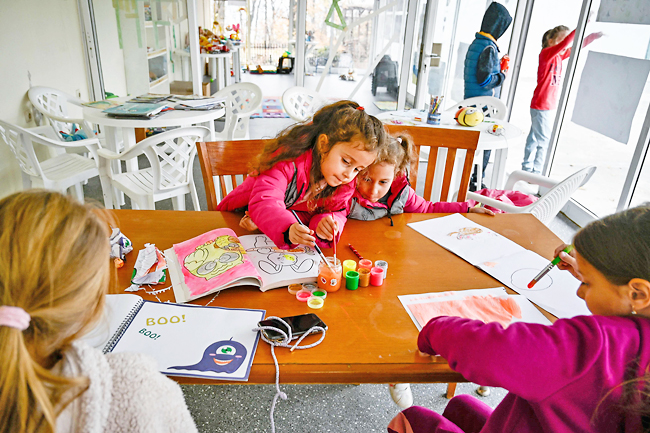 “I never hid the fact that I am Russian because people saw that I wanted to help,” said the camp’s co-owner, who did not want to be named. While some Russians in Bulgaria are helping refugees, a large swathe of the Balkan nation remains resolutely pro-Russian.

And the Bulgarian government has often been less than welcoming when it comes to providing accommodation and support, forcing many Ukrainians to leave.

Indeed, the Russian who runs the holiday camp only gets a daily allowance of EUR7.50 per refugee from the Bulgarian government, and even these meagre payments are often delayed.

With some 60 children and 50 elderly people to look after, the Russian and his Bulgarian partner are having to cover the extra costs themselves.

While they lambast the Bulgarian government for failing to provide language courses or help the refugees find work, with winter closing in they said they cannot close the camp.

Volunteers have been the main driving force behind relief efforts for refugees, with Bulgaria woefully unprepared for the influx of Ukrainians following the invasion in late February.

Despite their efforts, some of the Russians helping Ukrainians are uncomfortable about admitting who they are. “I came up with this phrase, ‘I was born in Russia’,” a 47-year-old Russian translator, who lives in nearby Varna, told AFP.

“It was less painful for me to put it this way. I can’t describe this feeling of being ashamed of your motherland,” she told AFP, fearing giving her name in case it got her mother back home into trouble.

Having driven hundreds of kilometres to fetch people from the border with Romania, she is still putting up several families in her and her sister’s Airbnb apartments in Varna.