Running out of road

PARIS (AFP) – A vintage pump in the Vietnamese hills; a Madrid petrol station topped with a giant sombrero; a multi-coloured futuristic fuel outlet in Dubai – whatever its form the humble filling stop, emblem of our modern societies, would appear to be running out of road.

Faced with the drive away from hydrocarbons as governments seek to fight global warming, compounded by fuel shortages due to the Ukraine conflict and consequent soaring prices, there is little doubt that the internal combustion engine’s days will likely soon be numbered.

That may well sound the death knell – or at least trigger a deep reconfiguration – for petrol stations, whose history was closely tied to the rise of the automobile at the start of the 20th Century.

In Moscow, the oldest filling station in the city centre was established in the 1930s. Nine decades later, this sober cream and red building is still there.

Some filling outlets have become landmarks in themselves, such as Blackwell’s Corner, in the California desert. A giant billboard with James Dean’s face reminds motorists that it was here the Rebel Without a Cause star made his last stop before the accident which killed him 40 kilometres further down the highway. 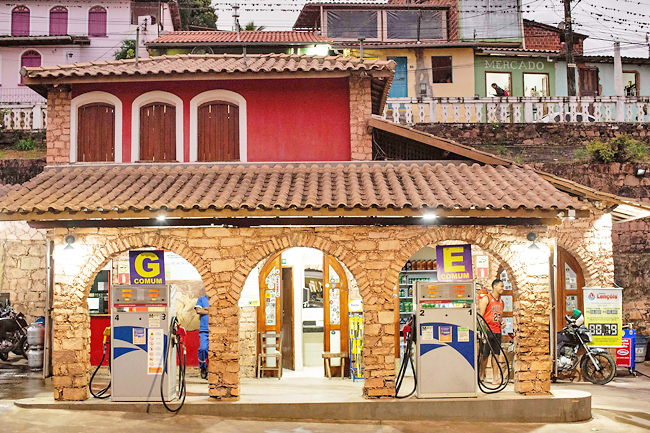 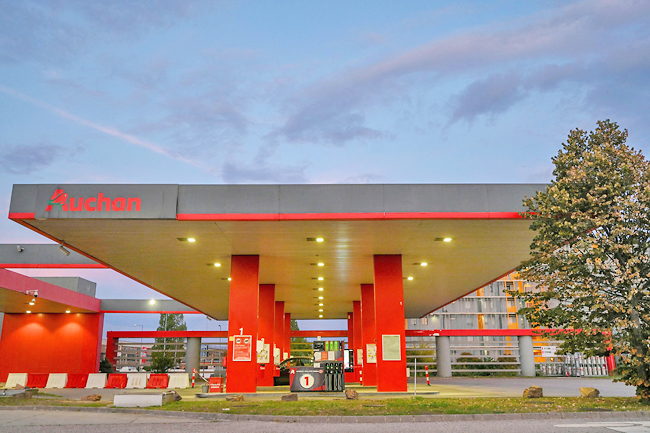 The common element of most service stations is the canopy above the fuel pumps which, as well as sheltering users from the weather, often serves for marketing.

Some have earned listing as historical monuments, such as Red Hill service station 170km north of London, whose futuristic Pegasus design from the 1960s comprises six circular canopies.

At night the Union 76 petrol station in Beverly Hills looks like a space ship which has landed next to the palm trees of Little Santa Monica Boulevard. It is recognised as a prime example of Googie architecture, and was chosen by British rocker Noel Gallagher in 2011 for the cover of his first album with the High Flying Birds.

But the canopies are not always as flashy.

In Europe, many small village filling stations have closed down.

In France there were just over 11,000 service stations in 2021, compared to 41,000 at the start of the 1980s. A key reason is competition from supermarkets which can afford to earn smaller margins.

“In the 2000s, we branched out into garage work, then vehicle washing,” said Francis Pousse, in charge of service stations at auto industry body Mobilians.

“But the margins kept going down, and faced with the investments needed to modernise, lots of managers threw in the towel. And young people who buy garage/fuel stations close down the fuel part,” he added.

How many still remember that long-ago era of small village petrol stations? In Roaix, north of Marseille, a sign for petrol company Antar and an old red pump are reminders that a second-hand store by the road wasn’t always here.

Elsewhere, for example near Gjilan in Kosovo, some abandoned filling stations are simply disappearing under overgrown vegetation – possibly presaging the fate of others as humanity switches from hydrocarbons.

In the meantime, some are being recycled, like one former petrol station in Phnom Penh, which has taken the concept of ecological transition to a logical conclusion: instead of fuel, its main product on sale now is plants.