The COVID-19 pandemic has severely impacted the world of sports; Brunei Darussalam is no exception.

The country’s first signs of sports taking a hit came when the government rolled out measures to close both indoor and outdoor sports facilities in a nationwide effort to mitigate the spread of the virus.

The closure of sports facilities prompted immediate postponement and suspension of competitions across a diverse range of sports. 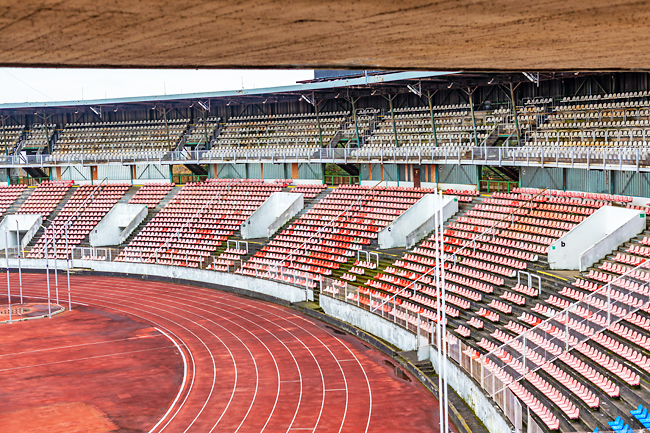 While local sports were affected, the petanque team had also been preparing for an overseas tournament in Johor as travel restrictions were also enforced around the same time.

At that time, athletes for various sports had also been preparing for the Sukma Games in Johor, Malaysia, a multi-sport competition.

In a year when the Tokyo Olympics were originally scheduled to be held, interest may also have been extended to world and continental championships, particularly in swimming and athletics.

International meets represent opportunities for national athletes to make their mark and test their abilities against the elite.

It seems an age ago when federations welcomed countries from around the world for international meets at the start of 2020, in fencing and squash.

In football, DPMM FC saw their season in the Singapore Premier League thrown into doubt as concerns of the pandemic grew.

The local professional club entertained Tampines Rovers FC on March 6 in what appeared to be their only game of the season, but the result was later deemed null following their withdrawal in the 2020 season.

Following Indera SC’s debut in the preliminary round of the Asian Football Confederation (AFC) Cup in January 2020, the local club looked set for another regional foray in the ASEAN Club Championship. On that note, the home tie against Myanmar’s Yangon United in Asian second-tier competition represents a rare and unique occasion but also an encouraging milestone for the development of Brunei football.

By the end of March last year, it became clear that regional tournaments were unlikely to take place in the middle of a pandemic, hence an announcement from the ASEAN Football Federation (AFF) to re-schedule the ASEAN Club Championship for 2021.

After evaluating the coronavirus situation in December last year, the AFF announced that the tournament was deferred again until 2022.

The Sukma Games, which traditionally sees Brunei as an invited team against the Malaysian states, serves as an opportunity for the national athletes to build their case for participation in the Southeast Asian (SEA) Games.

Nevertheless, organisers had no choice but to put the multi-sport competition on hold as training was limited at home.

In late March last year, the Malaysia Games Supreme Council Committee announced the postponement of the 2020 Sukma Games before the competition was eventually cancelled at the end of the year.

Brunei athletes also had interest in the ASEAN Para Games scheduled to take place in Manila, which was initially suspended and eventually cancelled.

The national athletes had been busy making preparations including strength and conditioning sessions at the Hassanal Bolkiah National Stadium leading towards the tournament especially at the end of 2019 and early 2020.

In April 2020, the Brunei Darussalam contingent faced a wait following the announcement that the competition – usually held not long after the SEA Games – was re-scheduled to October subject to the pandemic situation.

However, the tournament was cancelled altogether after another announcement was made just a month later, effectively ending hopes of a competitive meet for the national athletes.

Just less than a year since sports took an enforced break, it was revived following the recent announcement that all sports are now allowed as part of the latest de-escalation plan.