Running doesn’t wreck your knees, it strengthens them

THE WASHINGTON POST – Almost all runners, whether veterans or newcomers, poky or fleet, youthful or antique, share one bond. Someone soon will warn us that we are ruining our knees.

“A lot of people think that running is bad” for knees and other joints, said University of British Columbia clinical professor of physical therapy in Kelowna Jean-Francois Esculier, who studies running.

But accumulating research, including studies from Esculier and others, generally shows the reverse. In these studies, distance running does not wreck most runners’ knees and, instead, fortifies them, leaving joints sturdier and less damaged than if someone had never taken up the sport.

There are exceptions, though, so it is important to understand the nuances of the science, the unique history of your knees and the mechanics of what really happens behind our kneecaps with each stride we take.

Ever since the first marathon ended with the death of its entire field (consisting of the one soldier, Pheidippides), some people have been convinced running must be hard on us, especially our knees. An online survey conducted by Esculier and his colleagues, its results published this year in the Orthopaedic Journal of Sports Medicine, found more than half of the 2,514 respondents believed distance running damages knees.

This stubborn idea persists despite evidence to the contrary. Study after study indicates running rarely causes or exacerbates arthritis in most runners’ knees, even older runners, who are at relatively high risk for arthritis. 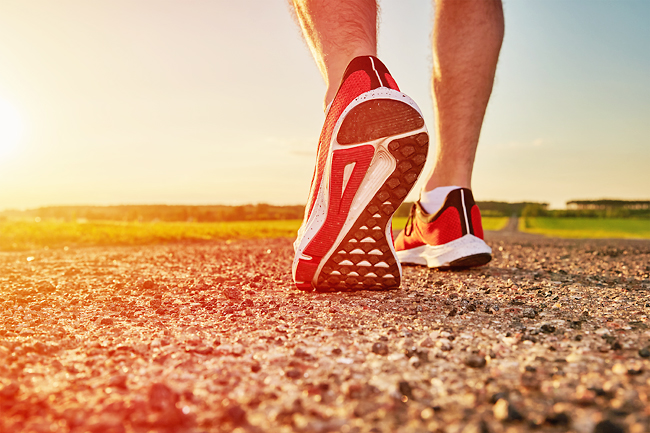 Shifting the public’s perceptions is hard, however, said University College London orthopedic surgeon and research professor Alister Hart, who used to worry about his own knees, especially after he finished his first marathon and limped afterward for days. At that point, he decided, he should delve more deeply into the effects of this consuming activity on runners’ joints.

So, for a 2019 study, he and his orthopedic colleagues recruited 82 middle-aged, first-time racers who had signed up for the 2017 London Marathon. Few had done much, if any, previous running and none felt knee pain. The researchers scanned the runners’ knees before they began a structured, four-month training programme and, again, two weeks after most completed the marathon. (Eleven dropped out during training.)

Although none of the runners reported knee problems at the start, most of their first scans showed signs of incipient joint injuries, including cartilage tears and bone-marrow lesions, any of which could be early steps toward arthritis.

But this damage had been partially reversed by training and racing. Two weeks after their first marathon, most of the runners’ existing bone marrow lesions had shrunk, as had much of their frayed cartilage.

But some runners showed symptoms of new, if slight, damage in the bones and cartilage right around their kneecaps, a part of the joint that absorbs much of the pounding from running. “We could not ignore this, since it likely happened because of the training and racing,” said University College London and the Royal National Orthopaedic Hospital study co-author and orthopedic surgeon Johann Henckel. “So then, we had to ask, does this damage last or get worse?”

If it did, running was harming people’s knees.

The scientist-surgeons helped settle that concern, though, with a follow-up study, published in 2020, during which they scanned the runners’ knees again, six months after their race. Most of them still ran, although with reduced mileage.

The new scans showed their knees were healthier now than in the weeks right after the marathon. Many of the lesions and tears that had begun shrinking during training were smaller and the fresh damage seen around some kneecaps had largely dissipated, with few remaining signs of lesions and tears.

“I feel comfortable at this point saying running should not harm most people’s knees and can, in fact, be beneficial,” Hart said.

How, though, does running revamp knees?

Hart and his colleagues believe running strengthens the major leg muscles supporting the knee, allowing them to take on and offload more of the strains involved in repeatedly striking the ground.

PLUMP UP THE CARTILAGE

The knee’s cartilage probably also bulks up, thanks to the repeated squishing it receives during running, Esculier said.

“For a long time, we thought that cartilage could not adapt” to running or other activities, he said, because it lacks blood supply and nerves. “But in fact, cartilage does adapt,” he said, “By becoming stronger and more tolerant to compression.”

In a 2022 review of past MRI studies he co-wrote, he and his colleagues found evidence that the knee’s cartilage flattens immediately after a run, but then bounces back into shape within a few hours. With long-term recreational running, he said, the cartilage probably thickens, although that possibility still needs to be studied.

“Bottom line is that cartilage does become more robust” with running, Esculier said.

Some runners will develop knee injuries or arthritis, though. So will many non-runners.

A helpful online summary of the science of knees and running, created by Esculier and others, points out that people who are overweight, past age 50, with a family history of arthritis or a personal history of knee injuries face a substantially higher risk of knee problems than other people, whether they run. “If running makes your knees hurt, you don’t have to run,” Hart said. “It’s fine to try something else.”