The Alumni Team and the new-look Royal Bees appeared to be neck-to-neck on one stage in the first quarter with both sides exchanging baskets, before the latter prevailed in a 18-11 victory.

The exhibition match was a part of the Netball Kitani Roadshow 2022 held in conjunction with the 17th Brunei Darussalam National Youth Festival 2022.

The event was also held to raise funds to support the preparation of the national team for the upcoming 2022 Asian Netball Championship and Malaysia Games (SUKMA). 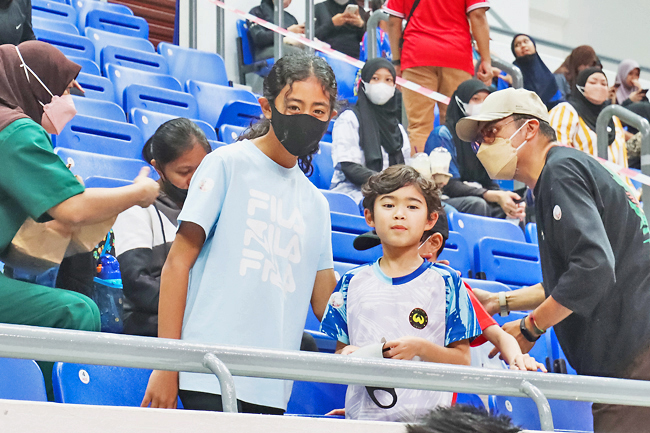 In addition to increasing community participation through netball in Brunei, this initiative aimed to promote the development of a national netball programme. The ‘NetAthlete’ network registration platform for BNA members was also inaugurated.

The event also witnessed a netball development session catered for the younger generation aged between eight and 18.

Through the roadshow, BNA aimed to help youth players to improve their soft skills and build self confidence in an effort to mould them into proactive members of society.