His Royal Highness Prince (Dr) Haji Al-Muhtadee Billah, the Crown Prince and Senior Minister at the Prime Minister’s Office, the Pro-Chancellor of UTB was also present.

The procession of the Chancellor into the Plenary Hall was led by the mace-bearer holding aloft the Mushaf Al-Quran. 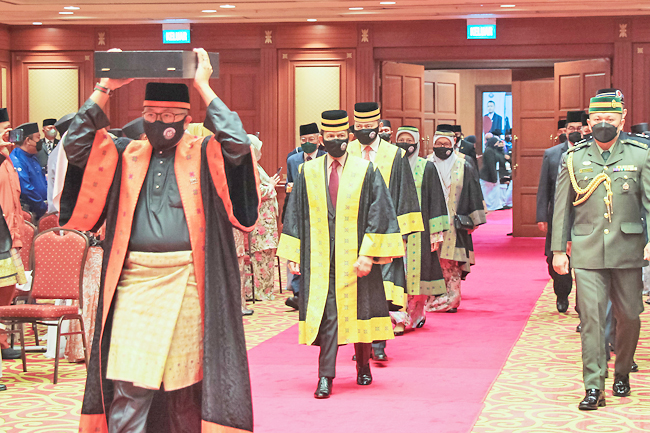 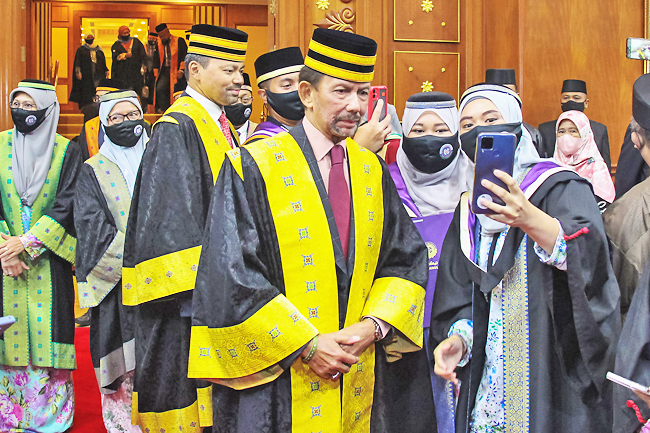 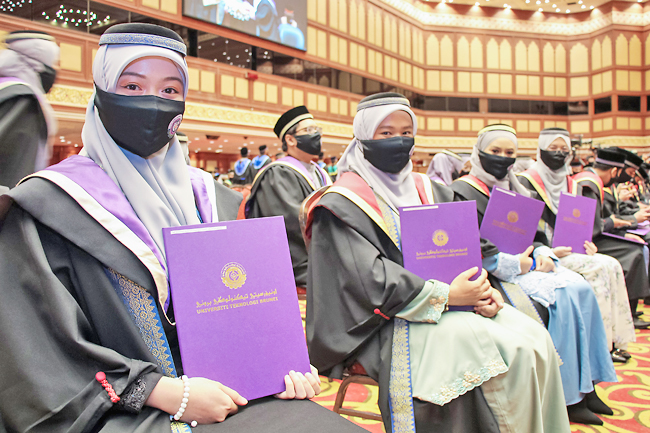 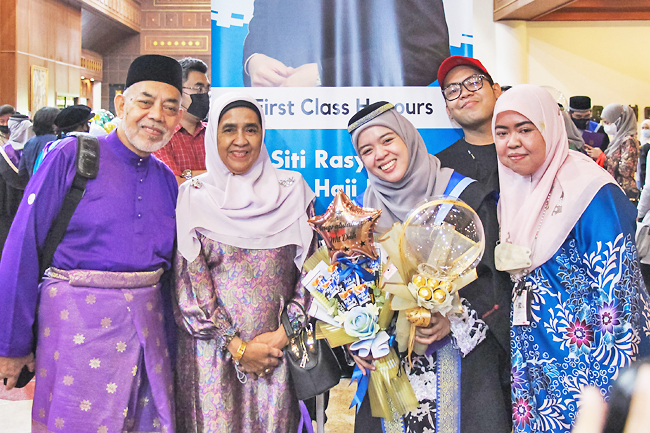 The vice-chancellor then delivered welcoming remarks.

She said that for the past 10 years of the convocation, it has seen 2,955 graduates from 46 UTB degree programmes, and the direct impact of the programmes on employment can be measured with marketability after graduation.

The vice-chancellor added that UTB’s close relationship with industries and related agencies and recognition from accreditation bodies serve as attractions for potential students.

“Exposure to potential employers starts as early as the ExperiencePLUS programme,” she said.

In reference to the shortening of Bachelor of Science programmes to three years in 2021, the vice-chancellor noted its positive impact, such as an increase in the number of enrolments in the School of Applied Science and Mathematics.

She also noted His Majesty’s titah during the 9th UTB Convocation Ceremony on publications, patents and commercialisation to generate the country’s economic growth by adding that UTB has identified a number of products that can be patented and commercialised, and will work with the Brunei Innovation Lab on products geared towards the digital economy.

Another notable achievement of UTB is the first short-term scholarship to higher education institutes in the Sultanate by the Canadian Government through the Canada-ASEAN Scholarships and Educational Exchanges for Development (SEED) programme to a number of UTB students, she said.

Also noted during her speech was His Majesty’s consent to the use of ‘Chancellor’ for competitions between public and private higher education institutions in sports, cultural and artistic events, intellectual challenges, games, religion and leadership, which kicked off on September 1.

His Majesty then delivered a titah conferring the Doctor of Philosophy, Master’s Degree and Bachelor’s Degree to recipients listed in the Convocation Book. The event proceeded with the call of Allahu Akbar, Wa Lillahil Hamd by the graduates and attendees.

His Majesty also presented certificates to the 381 graduates including Doctor of Philosophy to two graduates, Master’s Degree to 66 graduates and Bachelor’s Degree to 274 graduates.