Also present at the ceremony were members of the royal family. Upon arrival, Their Majesties were greeted by High Commissioner of Brunei Darussalam to the UK and Eire First Admiral (Rtd) Pengiran Dato Seri Pahlawan Norazmi bin Pengiran Haji Muhammad and Pengiran Datin Noralam binti Pengiran Kahar; as well as Awangku Izz Khan Fayyadh bin Pengiran Haji Mohd Hasreen and Nur Hazirah binti Mohammad Moshtari, President and Vice President of the Brunei Students’ Union (BSU) in the UK and Eire. Their Majesties then proceeded for a high tea reception with student representatives prior to the get-together.

The event began with the national anthem followed by the recitation of verses from Al-Quran by Mohammad Aqiel Hidayat @ Mohamad Azhar bin Haji Zulfa Hidayat of Coventry University, while the translation of the verses was read by Muhammad Al Danish bin Muhammad Al Qusyairi of the University of the Highlands and Islands, Scotland. A Doa Selamat was then recited by State Mufti Pehin Datu Seri Maharaja Dato Paduka Seri Setia (Dr) Ustaz Haji Awang Abdul Aziz bin Juned.

Meanwhile, the BSU President in a welcoming address, said the theme for the ceremony, ‘Raja Inspirasi Generasi Berakhlak’, reminds the current generation on the charisma of His Majesty, in which His Majesty’s leadership in steering the country, character and traits are highly commended in motivating all citizens, including the youth and students, to work towards becoming excellent individuals with in accordance with Malay Islamic Monarchy (MIB). 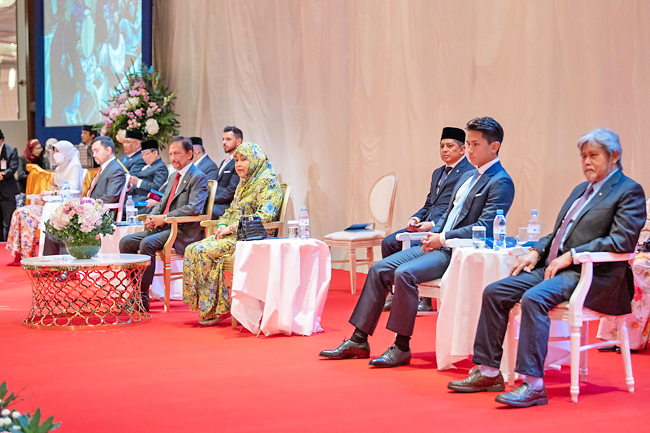 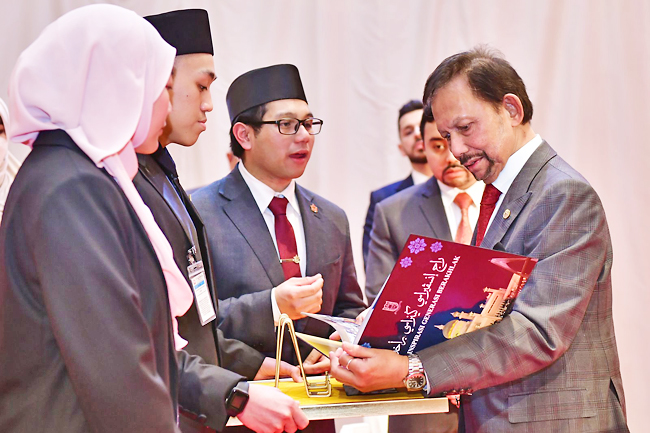 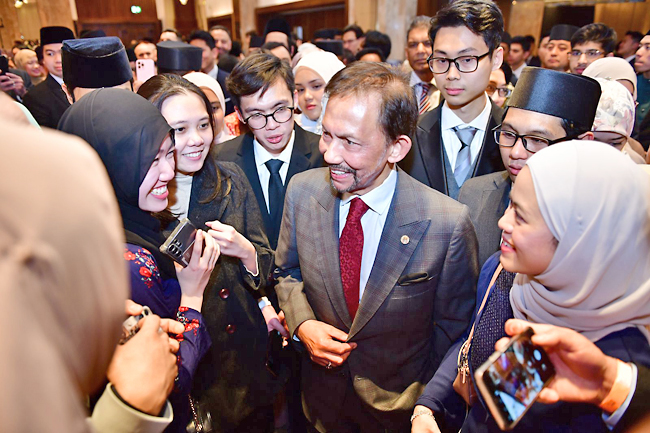 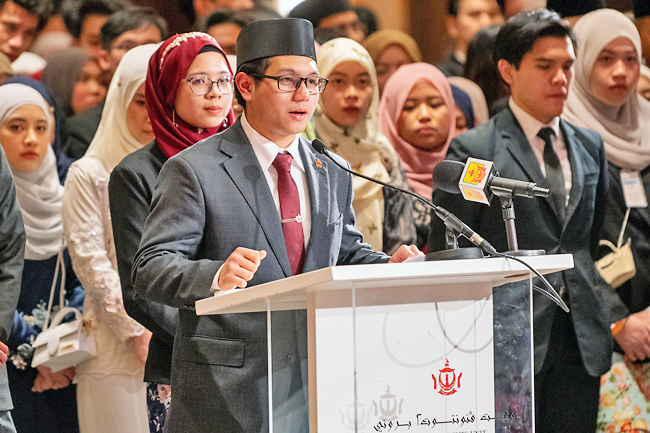 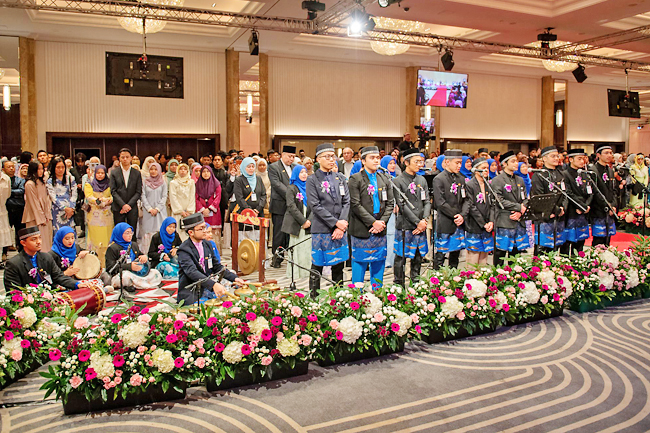 Awangku Izz Khan Fayyadh also thanked His Majesty for guiding Brunei citizens towards the path of faith, in which the monarch emphasised on the importance for the younger generation to be virtuous as well as the assimilation of virtues in every aspect of life, in order for them to be more focussed and become the catalyst for the success in their studies, including building individuals with balanced knowledge on both duniawi and ukhrawi.

He also expressed appreciation to His Majesty for the opportunities, amenities, support and assistance provided to students in the UK and Eire, including the Brunei Hall as well as the emphasis on welfare and well-being by His Majesty’s Government.

His Majesty then proceeded to meet and greet some 1,300 citizens and residents of Brunei Darussalam in the UK and Eire, comprising students, government officials and those on holiday.