His Royal Highness together with the Malaysian Prime Minister proceeded to the dais to receive the salute of honour, followed by the national anthems of both countries. Dato’ Seri Anwar Ibrahim then inspected the guard of honour mounted by members of the Royal Brunei Armed Forces (RBAF).

The Malaysian prime minister was then introduced to Cabinet Ministers; Deputy Ministers; the Commissioner of Police of the Royal Brunei Police Force and spouse; the Commander of the RBAF and spouse; Foreign Envoys in Brunei Darussalam; and Permanent Secretaries from the Prime Minister’s Office and the Ministry of Foreign Affairs.

Their Royal Highnesses were then introduced to the Malaysian delegation which includes  Dato’ Seri Diraja Dr Zambry Abdul Kadir, Minister of Foreign Affairs and spouse.

During the Official Visit, the Malaysian Prime Minister and spouse as well as delegation are expected to have an audience with His Majesty the Sultan and Yang Di-Pertuan of Brunei Darussalam and Her Majesty Duli Raja Isteri at Istana Nurul Iman on Wednesday. 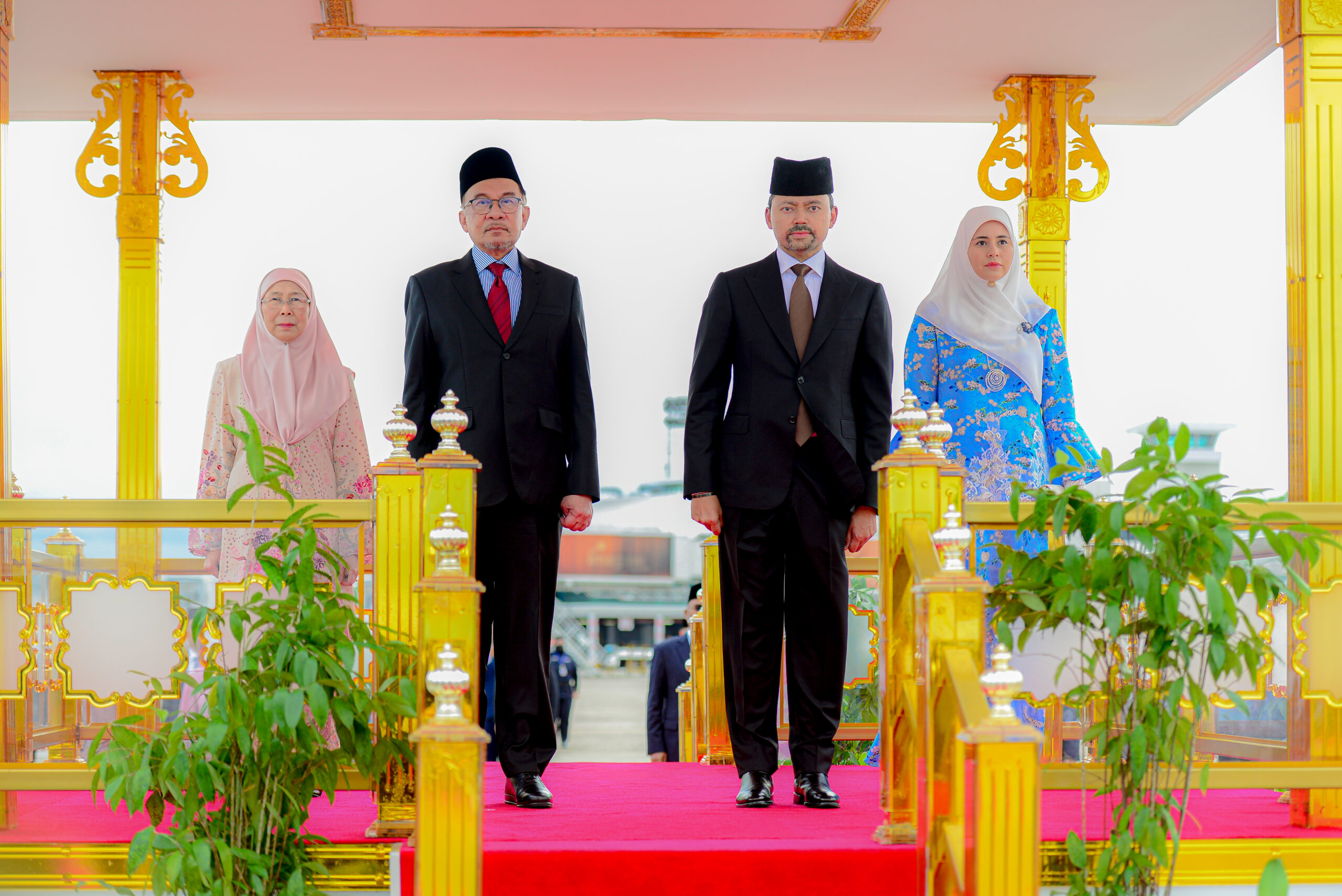 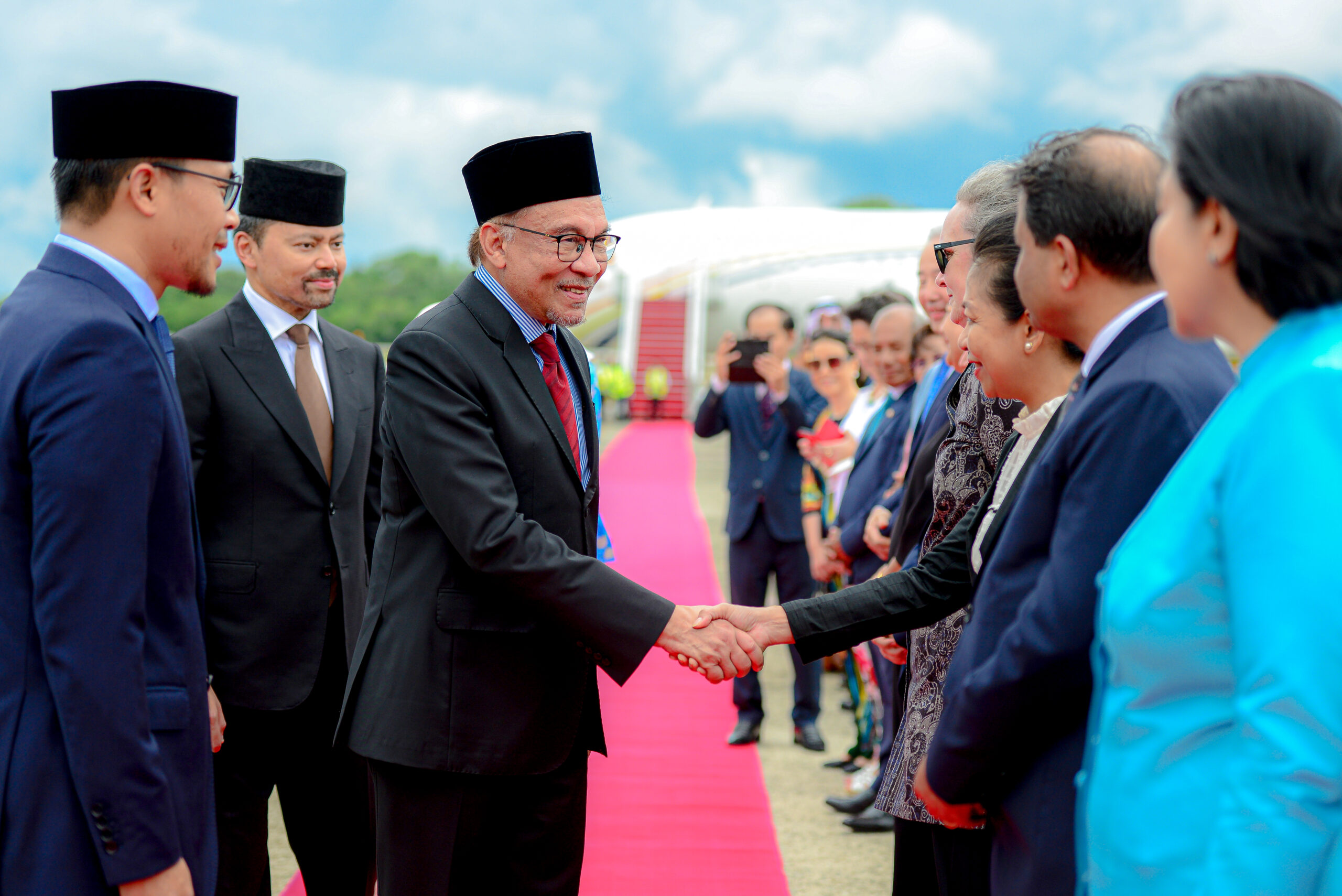