His Majesty was then ushered to the Tower Block and consented to a photo session with members of the Defence Executive Committee and RBAF senior officers before proceeding to the Bolkiah Garrison’s Gymnasium, where a recitation of Surah Al-Fatihah and Doa Selamat were read by Head of RBAF Religious Department Commander Haji Ainolnizam bin Haji Ibrahim, Royal Brunei Navy (RBN).

His Majesty then delivered a titah in the presence of RBAF officers.

His Majesty then received a pesambah and signed the royal parchment. 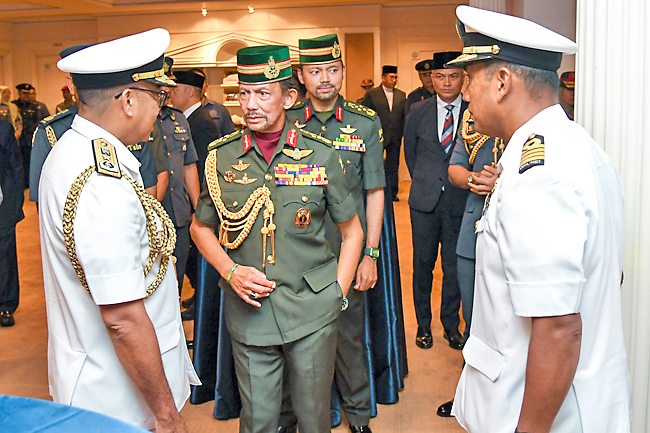