Royal visit to Changi Naval Base

His Royal Highness was briefed on the ‘Whole of Government Maritime Security Concept’ and ‘Singapore’s Strategy for Safeguarding Maritime Security’, highlighting the importance of identifying early threats by emphasising information sharing and closer inter-agency coordination.

The vessel is an asset of the Singapore Navy, specially designed to meet operational requirements, and uses the latest technology to enable the overall operational system to run more efficiently. 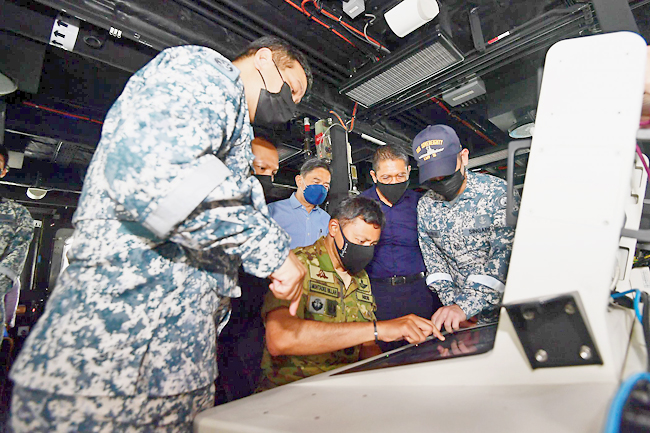 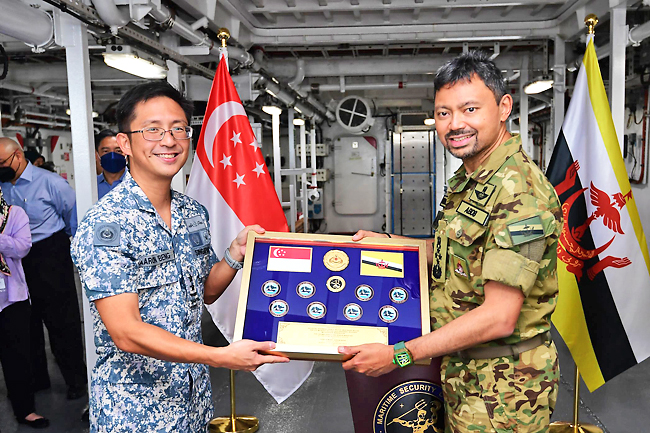 On the RSS Sovereignty LMV, His Royal Highness was briefed on the vessel’s background and Singapore’s Maritime Security (MARSEC) area of operations.

This was followed with a visit to several parts on the vessel such as the Integrated Command Centre as well as witnessing deterrence operation demonstrations of the Whole of Government Approach involving the Police Coast Guard (PCG); the Singapore Civil Defence Force (SCDF); the Maritime and Port Authority of Singapore (MPA) and the Republic of Singapore Navy (RSN).

Before concluding the visit, His Royal Highness was introduced to three (3) officers from security agencies of the Government of Brunei Darussalam who are currently deployed in the Republic of Singapore. One of the officers is part of the team of 20 International Liaison Officers from 18 countries at the Information Fusion Centre. At the Centre, the International Liaison Officers share information and best practices, contributing to overall Maritime Security.

The visit also aimed to further enhance defence cooperation as well as sharing of knowledge in the fields of maritime and regional security.