The installation of pemajangan is only during the adat istiadat celebration including royal processions, royal coronation and royal wedding ceremonies.

The pemajangan is an embellishment of a white colonnade that fronts the entrance of Istana Nurul Iman with symbols of the monarchy.

The pemajangan is adorned with white fabric that covers the girders and rafters. Showpieces comprising rows of ceremonial flags and umbrellas of various shapes and sizes dot the beams in symmetry with the royal crest towering at the centre. 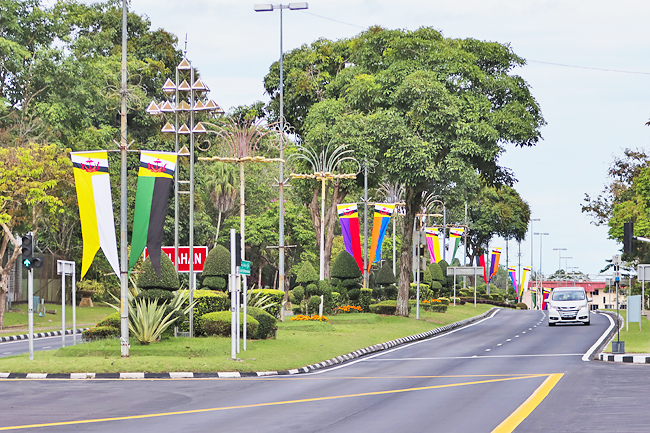