The ceremony is a showcase of the Sultanate’s Royal Regalia and rich customs for special events such as a royal wedding. 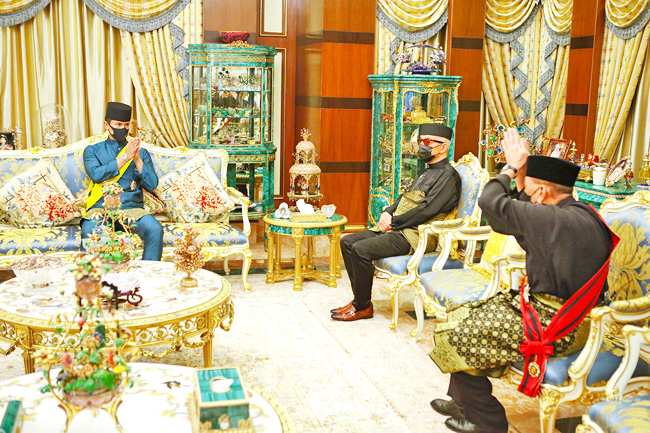 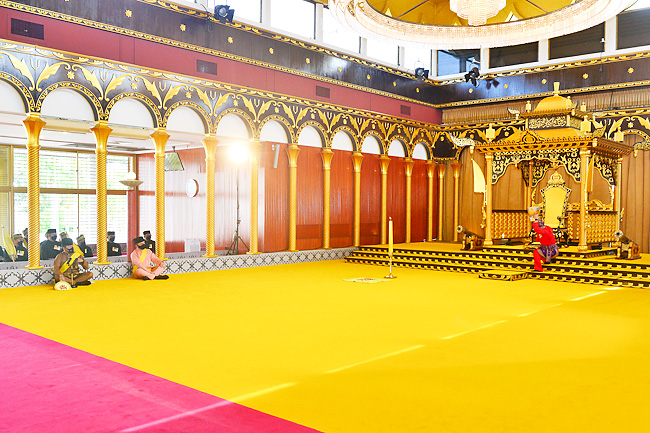 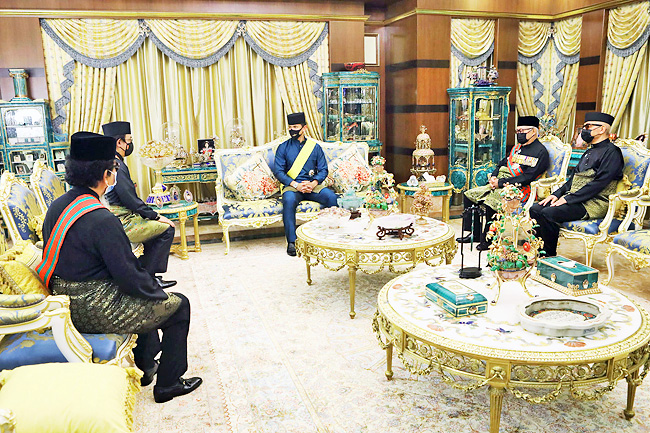 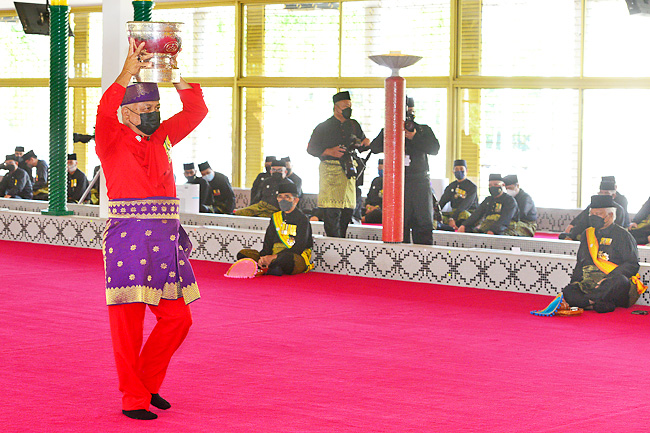 Istiadat Membuka Gendang Jaga-Jaga ceremony began with a high-ranking court official, Ketua Juru Laki, entering the Ceremonial Hall and approaching the Patarana to beat the nakara drum which is an instrument played by court musicians.

This was followed by a Nobat Diraja performance by court musicians. The performance saw the use of nakara, serunai, labik, gong and chanang. The serunai is a wind instrument while labik is a cyclindrical drum. The performance was accompanied by 21 cannon shots.

The event marked the beginning of Istiadat Diraja period, which will end with the Istiadat Menutup Gendang Jaga-Jaga or Doa Kesyukuran. During the period, dignitaries as well as the bride and groom’s family members will keep vigil at Istana Nurul Iman until midnight.