Royal Navy seizes USD28M worth of cocaine in Caribbean waters

SAN JUAN, PUERTO RICO (AP) – British officials announced on Friday that they seized more than 400 kilogrammes of cocaine from a boat in Caribbean waters.

The Royal Navy said three people were detained following a “tense chase” near the Dominican Republic in an operation that began late on Thursday. It added that the drug is worth an estimated USD28 million. Authorities said a gunnery team sank the boat, which they believe had departed from South America in a common route followed by smugglers.

The bust was the second large one reported this week. On Wednesday, the United States (US) Coast Guard announced it had seized USD26 million worth of cocaine near Puerto Rico. 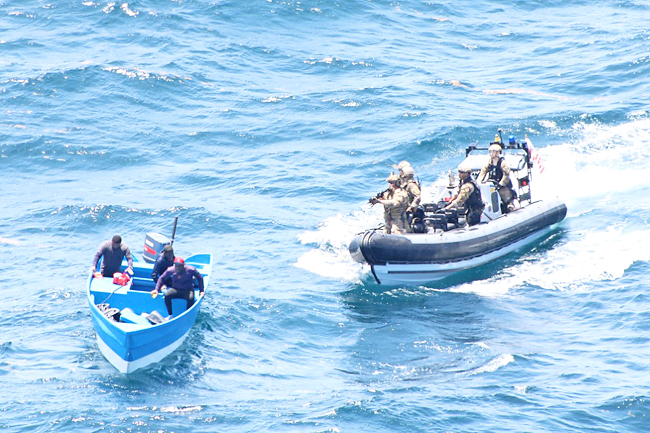