Similar flag-lowering ceremonies were held across the Sultanate. 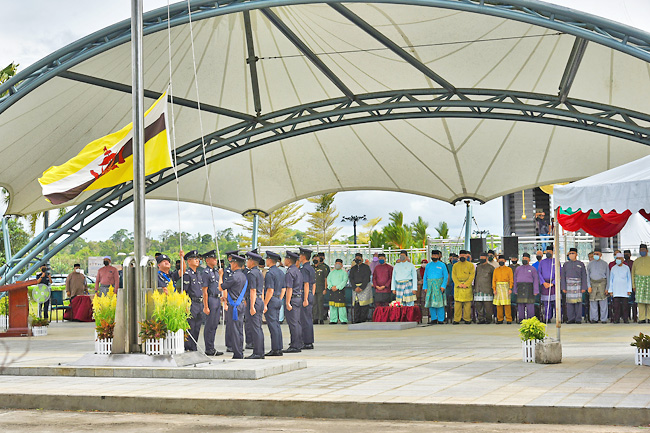 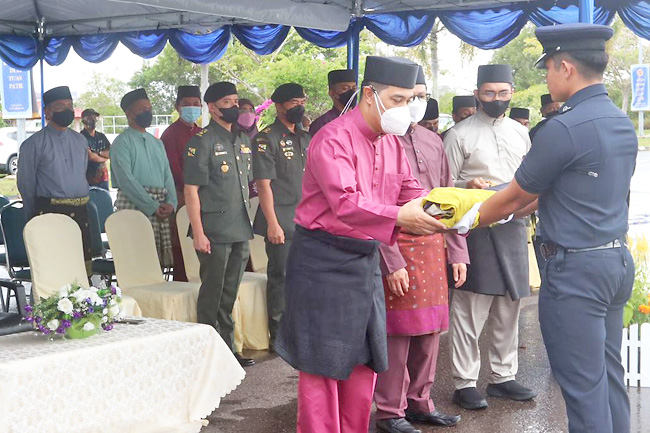 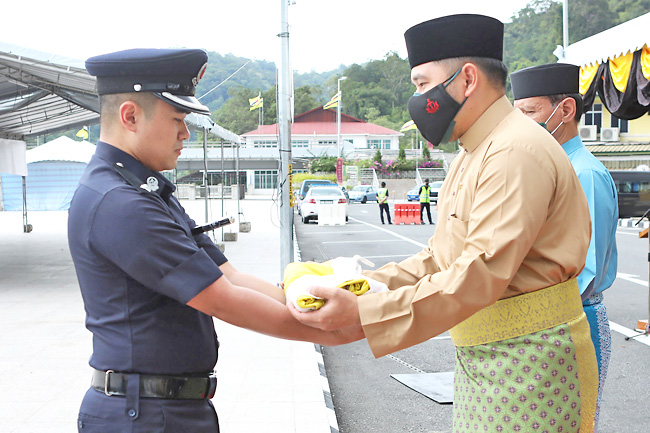 Royal Brunei Police Force (RBPF) personnel lowered the national flag after the singing of national anthem and recitation of Surah Al-Fatihah. The flag was handed over to the Acting Belait District Officer.

The lowering of the national flag yesterday marked the end of flag-flying at public and private premises, including residences.