His Majesty and the foreign affairs minister discussed outcomes of the joint commission towards strengthening cooperation between the Sultanate and Vietnam.

This year also marks the 30th anniversary of the establishment of diplomatic relations between the two countries.

Yesterday, His Majesty also received in audience Chief of Defence Force of Indonesia (TNI) General Dato Paduka Seri Andika Perkasa, who is in the country for a three-day visit. 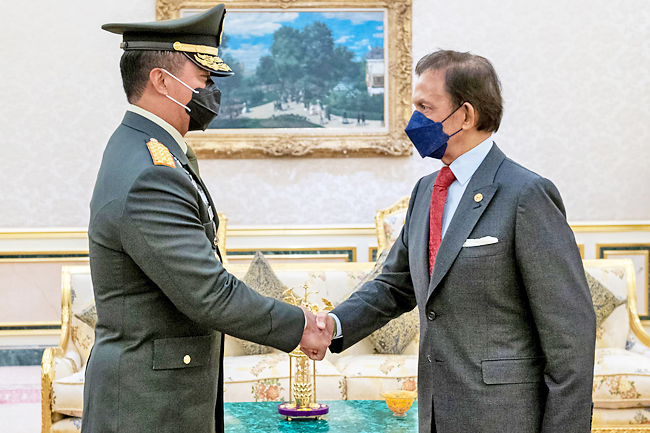 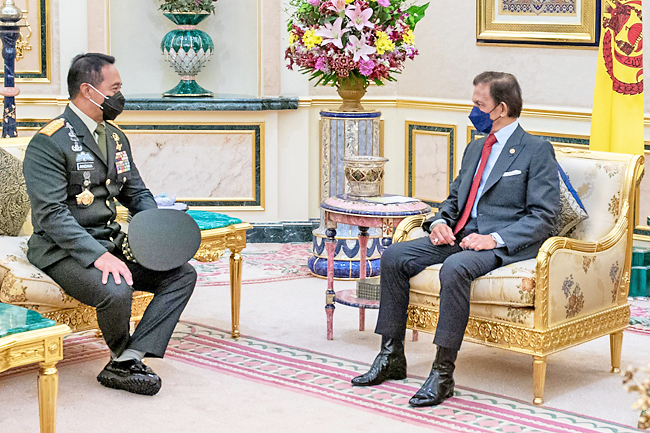 On July 15, during the audience and investiture ceremony in conjunction with the 76th birthday of His Majesty, the monarch conferred The Most Exalted Order of Paduka Keberanian Laila Terbilang, First Class (DPKT) which carries the title ‘Dato Paduka Seri’ to General Dato Paduka Seri Andika Perkasa for fostering close defence relations between the RBAF and the TNI.

Accompanying her were the spouse of the Indonesian Ambassador to Brunei Darussalam; Sri Hariyani TR Sujatmiko, spouse of Assistant to the Chief of TNI for Operations Shinta Candra Soehadji; and daughter of Chief of TNI Angela Nurrina Perkasa. Also present was spouse of the Commander of the RBAF Datin Ummisyafinah binti Haji Zaini.

Both countries signed the memorandum of understanding on defence cooperation on April 10, 2003.