SALVADOR, BRAZIL (AP) – Thousands of Brazilians who support former president Jair Bolsonaro invaded the Supreme Court, presidential palace and Congress on January 8 in an episode that closely resembled the United States (US) Capitol insurrection in 2021.

The groups were able to break through police barricades along the capital Brasilia’s main boulevard and storm the buildings, damage furniture, smash windows and destroy artworks. As they unleashed chaos in the capital, Bolsonaro was holed up in Florida, home to his ally, former US president Donald Trump. The incident sparked accusations that Bolsonaro’s actions stoked the flames of dissent and ultimately produced the uprising.

WHO ARE THESE PROTESTERS, AND WHAT DO THEY WANT?

The protesters are hardcore Bolsonaro supporters, some of whom have been camped outside a military headquarters in Brasilia since Bolsonaro lost the October 30 presidential election and reject the race’s results.

Others travelled to Brasilia for the weekend on buses. They have been demanding military intervention to oust newly inaugurated President Luiz Inácio Lula da Silva, alleging he is a thief who will lead the country into communism, and restore Bolsonaro to power. 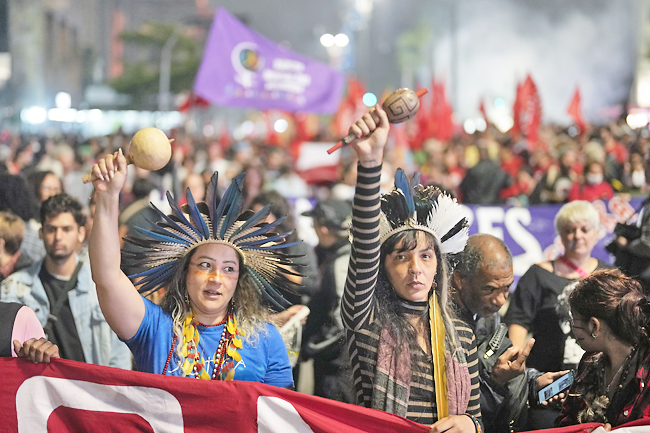 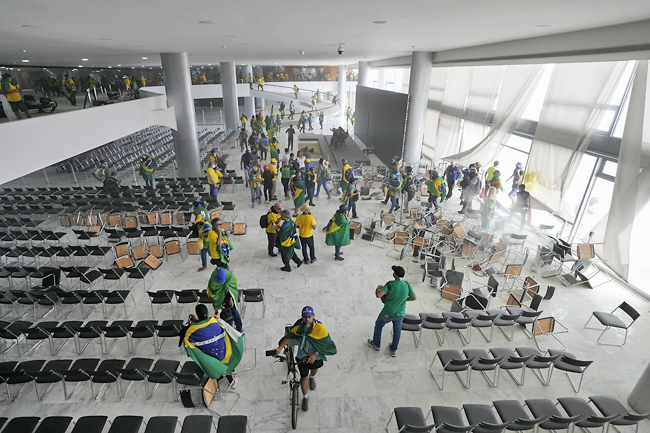 HOW DID BRAZIL GET TO THIS POINT?

Throughout his administration, Bolsonaro trained fire at Supreme Court justices for opening investigations targetting him and his allies. He repeatedly singled out Justice Alexandre de Moraes, who presided over the electoral authority during the election, and at one point pushed Brazil to the brink of an institutional crisis by threatening to disobey any of de Moraes’ future rulings.

Bolsonaro also sowed doubt about the reliability of Brazil’s electronic voting machines, then declined to concede defeat. After his loss, he largely vanished from view, though he addressed his supporters once to tell them they had the power in their hands and that he controls the armed forces.

His supporters maintained hope Bolsonaro or the armed forces would lead an intervention to overturn the results.

WHAT HAS BOLSONARO CLAIMED ABOUT THE VOTING SYSTEM AND ELECTIONS?

Bolsonaro insisted the electronic voting system should feature a printed receipt in order to enable audits, but Congress’ Lower House in 2021 voted down his proposal for that change and electoral authorities said the results can already be verified.

Brazil’s system is, however, closely scrutinised and domestic authorities and international observers have never found evidence of it being exploited to commit fraud since its adoption in 1996.

After the 2022 elections, Bolsonaro and his party petitioned the electoral authority to nullify millions of votes cast on the majority of voting machines that featured a software bug – the machines lacked individual identification numbers in their internal logs.

The request didn’t say how the bug might affect results, and independent experts said that it would not undermine reliability in any way. The electoral authority’s president swiftly dismissed the request and imposed a multi-million dollar fine on the party for what he called a bad-faith effort.

WHAT ARE BOLSONARO’S TIES TO TRUMP AND HIS ALLIES?

Former US president Donald Trump was one of Bolsonaro’s few foreign allies and Bolsonaro often exalted his American counterpart’s leadership, even posting photos of himself watching Trump’s addresses.

Bolsonaro and his lawmaker son Eduardo visited Trump at Mar-a-Lago, and both attended dinners at the house of Steve Bannon. The longtime Trump ally amplified Bolsonaro’s claims about the electronic voting system before the October vote and, after the January 8 uprising in Brasilia, called the protesters ‘Brazilian freedom fighters’ in a video on social media.

Eduardo Bolsonaro has repeatedly attended the Conservative Political Action Conference in the US, positioning himself as the international face of the right-wing movement led by his father and making inroads with his American counterparts.

Former Trump campaign strategist Jason Miller also met with Eduardo in Brazil. On the eve of the January 6 insurrection in the US Capitol, Eduardo was in Washington, and met with Ivanka Trump and My Pillow chief executive Mike Lindell.

After Trump lost his reelection bid, then-President Bolsonaro waited five weeks before recognising Joe Biden’s victory and was one of the final world leaders to do so.

WHY IS BOLSONARO IN THE US?

Bolsonaro flew to Florida two days before Lula’s January 1 inauguration, when the outgoing president traditionally bestows the presidential sash to his successor.

Instead, Bolsonaro took up temporary residence in the home of a Brazilian former mixed martial arts fighter outside Orlando.

He hasn’t specified the reasons for his departure, and analysts have speculated it marks an attempt to avoid potential prosecution in connection with several ongoing investigations targetting him, blame from backers for not mobilising the armed forces or responsibility for his supporters’ actions.