Ronaldo signs for Al Nassr in deal worth ‘more than EUR200M’

RIYADH (AFP) – Cristiano Ronaldo on Saturday signed for Al Nassr of Saudi Arabia, the club announced, in a deal believed to be worth more than EUR200 million.

The 37-year-old penned a contract which will take him to June 2025.

“I can’t wait to discover a new football league in a different country,” said the former Manchester United, Real Madrid and Juventus player.

The Portuguese star was pictured on the Al Nassr Twitter feed holding a blue and yellow shirt with his favoured number seven printed on the back.

“The vision with which Al Nassr operates is very inspiring, and I am delighted to join my teammates, so that together we can help the team achieve greater success,” he added.

“This is more than history in the making. This is a signing that will not only inspire our club to achieve even greater success but inspire our league, our nation and future generations, boys and girls to be the best version of themselves.

“Welcome @cristiano to your new home @alnassr_fc,” tweeted the Saudis.

Ronaldo heads to the Gulf after a year that saw him relegated to the bench for Portugal and cut adrift by Manchester United.

United parted ways with the Portuguese star after the veteran forward gave an explosive TV interview in which he said he felt “betrayed” by the club and had no respect for coach Erik ten Hag.

United terminated his contract while Ronaldo was with Portugal at the World Cup. 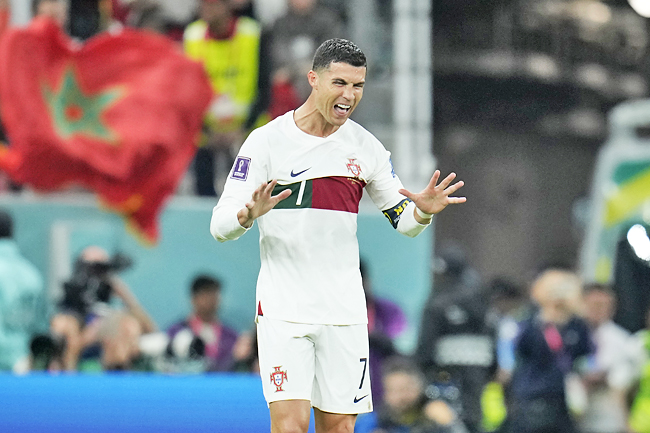