TURIN, ITALY (AP) – Cristiano Ronaldo (pic below) scored twice as Juventus got back to winning ways by beating bottom club Crotone 3-0 in Serie A on Monday.

Ronaldo could even have had a hat trick in the first half.

Weston Mckennie sealed the result after the break.

Juventus moved up to third on the table, eight points behind Serie A leader Inter Milan, having played a match less. It was Crotone’s fifth successive defeat and left it eight points
from safety.

Juventus was looking for a big win after a disappointing week. The Bianconeri lost at Porto 2-1 in the first leg of the round of 16 of the Champions League last Wednesday, days after losing at Napoli 1-0 in Serie A.

Ronaldo hadn’t scored for Juventus since the start of the month. He came close on a couple of occasions before breaking the deadlock in the 38th minute when he headed in an Alex Sandro cross.

Ronaldo doubled his tally in first-half stoppage time with another impressive header, this time from an Aaron Ramsey cross.

The 36-year-old Ronaldo should have had a hat trick moments later but he fired Ramsey’s pass narrowly wide of the right post. Crotone never looked like getting back into the match and Juventus wrapped up the win in the 66th when a corner eventually came through to McKennie and he controlled it on his chest before firing into the back of the net. 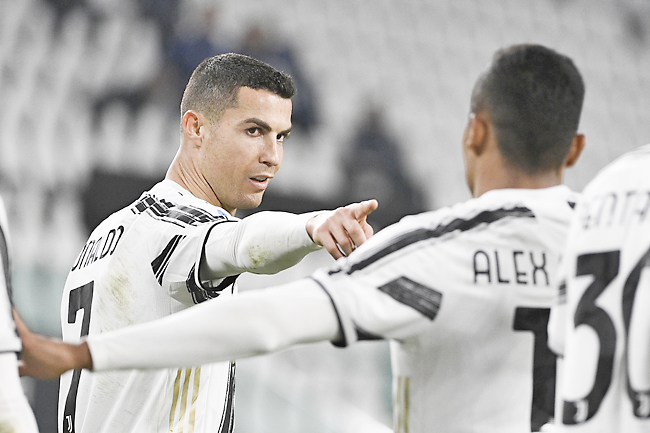