Rolling up sleeves for a good cause

The campaign saw walk-in donors, those who booked through the Bloodkad app and employees roll up their sleeves for a good cause.

Donor Mohd Ikhmal Wafiee bin Nordani said, “It was my first time donating blood after being encouraged by my friends.”

Meanwhile, 30-year-old Muhammad Syuib bin Haji Awang explained that he started to donate when he was in sixth form.

“Apart from assisting the blood banks across the country, it is also vital as members of society to play our part in helping those in need, such as blood transfusion patients,” he added. 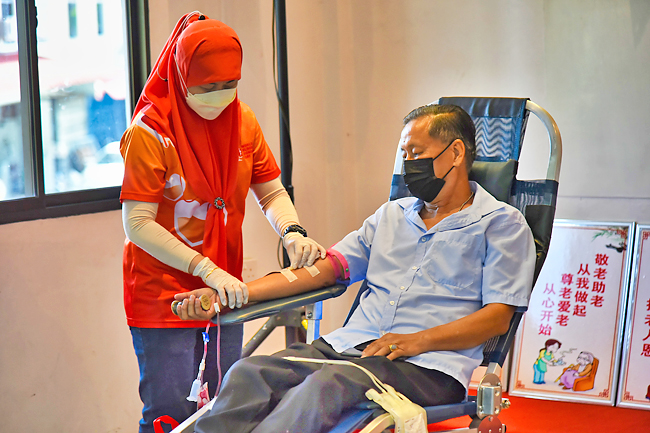 Thirty-three-year-old Wong Ngah Mun said she is an active blood donor and often donates at campaigns in Brunei and Malaysia.

“Today is my second time donating blood this year. I hope it will assist the blood bank and serve as a good deed for the community.”

Meanwhile, 37 pints of blood were collected at a blood donation campaign organised by the Foochow Association in the Belait District on Sunday.

The campaign was carried out in collaboration with the Blood Bank Unit at the Suri Seri Begawan Hospital,

Kuala Belait. The association’s president Tan Tei Tei expressed delight at the positive reception during the campaign, noting that many of those who registered were donating blood for the first time.