Petanque can be considered a relatively new sport in the Brunei Darussalam since it was first introduced by the Thailand Petanque Association sometime in 2006.

It is a sport that can be enjoyed recreationally and can be played anywhere as long as the playing surface is even, regardless of whether it is in a court, at a beach or elsewhere.

It is important to note that the sport does not require a lot of investment and players only need their own ball to play.

Common characteristics of a petanque player include possessing a strong mental strength, efficiency, patience, a good level of fitness, are disciplined and always stay focus during a game.

Not long after the sport was introduced, the Thailand Petanque Association invited three officers from the Department of Youth and Sports to Thailand to provide a detailed course to develop the sport in Brunei Darussalam. 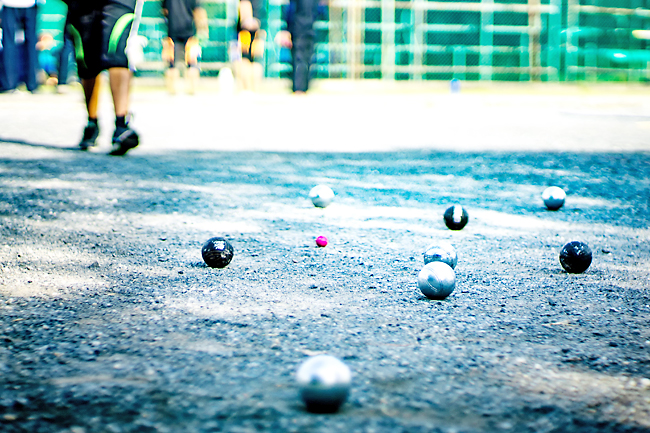 In the same year, the Brunei Darussalam Petanque Federation was formed, specifically on June 27, 2006, which ushered in a new era of the sport in the country.

A year later, the association was affiliated under the Brunei Darussalam National Olympic Council (BDNOC) and became a member of the International Federation of Petanque and Provencal Games (FIPJP) and the Asian Petanque and Sports Boules Confederation (APSBC).

The Brunei Darussalam Petanque Federation quickly took the step to successfully host the First Borneo Inter Club Petanque Championship in 2010 and finished both as winners and runners-up.

Besides that, the association has also participated in various championships regionally and internationally. Among the overseas sport competitions that the national athletes have been involved in are the Southeast Asian (SEA) Games, the Malaysia Games (SUKMA), Asian Petanque Championship and many more.

From then on, the association has been carrying out tireless efforts to develop and grow the sport. In an effort to spread the sport at grassroots level, different approaches have been made among others to seek cooperation with various parties, such as the Ministry of Education.

According to a veteran player who is still actively playing the sport today, Mazlan bin Haji Yahya, the Brunei Darussalam Petanque Federation will not slow down their efforts to enhance the quality of the sport whereby they will be making visits to several schools.

The visits, he explained, aim to introduce petanque to students with the hopes of promoting it and subsequently leading to an increase in the number of young players to venture into the sport.

This makes it easier to scout young talent with the potential to be absorbed into the national team and in turn succeed the ageing veteran players, even though the sport does not have an age limit.

To establish a good team, various requirements are needed. For example, in terms of improving the quality of players, a team needs a coach who has the ability and an extensive knowledge of the sport.

Taking into account the welfare of the players, it is high time for the current field to be covered with suitable roofing to avoid the heat or rain.

By meeting such needs, players will be able to pay attention with ease. This will also help tournaments to run smoothly in an event of unpredictable weather conditions without being affected through postponing the times.

Touching on training during the COVID-19 epidemic, athletes continue to be sensitive with the current situation, which is to comply with rules and terms that have been underlined by limiting the number of players.

Training is held daily as usual during the evening session at the Petanque Court of the Hassanal Bolkiah National Sports Complex.