SYDNEY (AFP) – Australian farmers are puzzling over a seal’s curious inland expedition far from its watery home as rescuers work to save the marine mammal, local media reported yesterday.

The seal is thought to have travelled about 30 kilometres from its coastal habitat before surfacing on a property in Simpson – about two and a half hours from the city of Melbourne.

“All the locals are in shock. A lot of (the seals) know where we live. We are not near the beach, so it is a bit of a surprise,” McGee told ABC.

She said she had contacted authorities and had been told the Melbourne Zoo would assess the animal’s health and carry out its rescue.

It was unclear how the seal travelled so far inland, with McGee saying that it may have navigated local rivers before coming ashore in search of food.

In a video posted by McGee on social media, the creature can be seen moving purposefully through a green field with dense bushland in the background.

“We’re not allowed to go near him. So we can’t rescue him ourselves,” McGee told Channel 7, a local television station.

The aquatic visitor has made further headway since its first appearance last Sunday, McGee said, and it is now believed to be rambling through her parents’ neighbouring property. 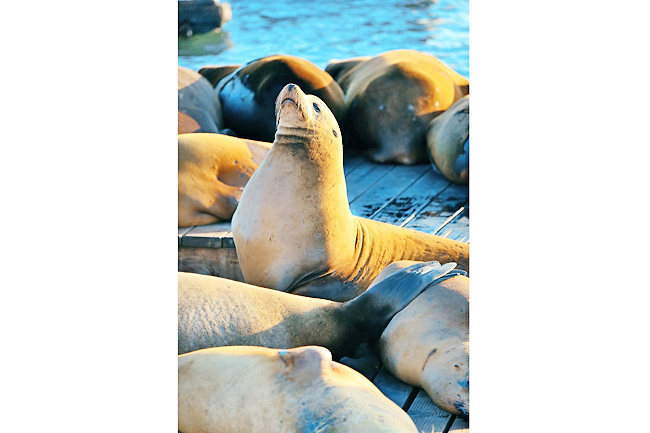