The environmental campaigners sailed to the western part of the Channel between the UK and France, loaded with the boulders of Portland limestone, each weighing between 500 and 1,400 kilogrammes.

The giant rocks were dropped last Thursday from its Arctic Sunrise research vessel in an area of the South West Deeps (East) Conservation Zone, which lies some 190 kilometres off Land’s End, the most westerly point of mainland England.

“We are placing large limestone boulders on the seabed to create a protective underwater barrier which will put the area off limits to destructive fishing,” UK oceans campaigner Anna Diski told AFP on board.

The action would make it “impossible for them to drag the heavy fishing gear along the seabed, destroying the habitat and disturbing the carbon”, she added. 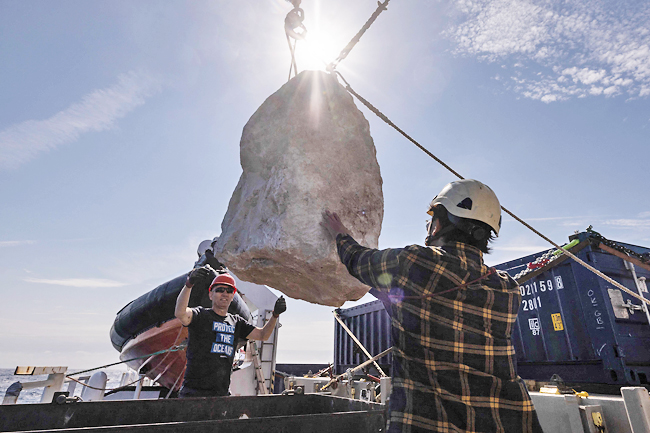 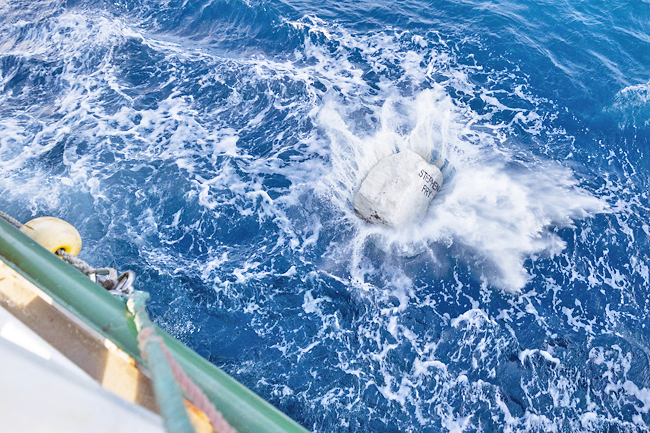 Artists created a giant ammonite sculpture – inspired by the fossil often found in Portland limestone – out of one of the boulders, which was also placed on the seabed.

The names of the action’s celebrity backers and supportive politicians were also inscribed on the rocks.

“Right now, there’s an industrial fishing frenzy happening in UK waters, and what’s our government doing about it?” asked Greenpeace UK’s Head of Oceans Will McCallum.

“Greenpeace UK has created this underwater boulder barrier as a last resort to protect the oceans. We’d much rather the government just did their job.”

McCallum said it was “outrageous” that bottom-trawlers are allowed to operate on the seabed in protected areas.

“They destroy huge swathes of the marine ecosystem and make a mockery of our so-called ‘protection’,” he added.

The action comes after the latest round of United Nations (UN) talks to try to secure protection for marine life in international waters broke up without agreement.

Greenpeace said the 4,600-square-kilometre South West Deeps is “one of the most heavily fished so-called Marine Protected Areas in the UK”.

It cited figures from the Global Fishing Watch monitoring agency that said that 110 vessels – more than half of them from France – fished for 18,928 hours in area in the 18 months to July.

Of that, industrial vessels with bottom-towed fishing gear spent 3,376 hours fishing in the zone.

Bottom-trawling is only banned in four out of the UK’s 76 offshore Marine Protected Areas, and the government is consulting over the possible bans in a further 13.

“The problem is that the majority of the UK’s MPAs don’t have any actual protection at all,” said Jasmine Watkiss, one of those on board the Arctic Sunrise.

“The government needs to get serious about ocean protection before it’s too late.

“The next prime minister should ban industrial fishing in all of the UK’s Marine Protected Areas by tweaking commercial fishing licences,” she added.

Fisherman Neil Whitney from East Sussex in southern England said bottom-trawling was “like ploughing a combine harvester through a national park”.

“They’re able to take out entire ecosystems, and if they cause a fishery to collapse, they just move on to the next one,” he added.

“Industrial fishing, like fly-shooters (vessels which tow lead-weighted ropes along the seabed) and supertrawlers (trawlers over 100 metres long), are killing our marine environment, and small-scale UK fishermen like me are losing out big time.”

He said it was “absurd” that bottom-trawling was legal in MPAs. “MPAs are supposed to be the areas where fish stocks can recover, so that we fish for generations to come.