PESHAWAR, PAKISTAN (AFP) – A bomb killed the former head of a pro-government militia and seven others in northwestern Pakistan, officials said yesterday, in an attack claimed by the Taleban.

The blast happened on Tuesday night in Kabal town in the Swat valley, which was largely ruled by the Pakistan Taleban during a 2007-2009 insurgency.

Most have been disbanded since the insurgency was largely crushed and security improved across the country. Swat district police officer Zahid Nawaz Marwat told AFP that former peace committee head Idrees Khan was killed when his pick-up truck was hit by a roadside bomb.

Another local police official confirmed the death toll, which included two local policemen, two private guards and three labourers. The attack was claimed by the outlawed Tehreek-e-Taleban Pakistan, who said Khan was involved in the killing of their members.

The group also claimed responsibility for a clash with Pakistani military in which three soldiers were killed on Tuesday in Kurram. 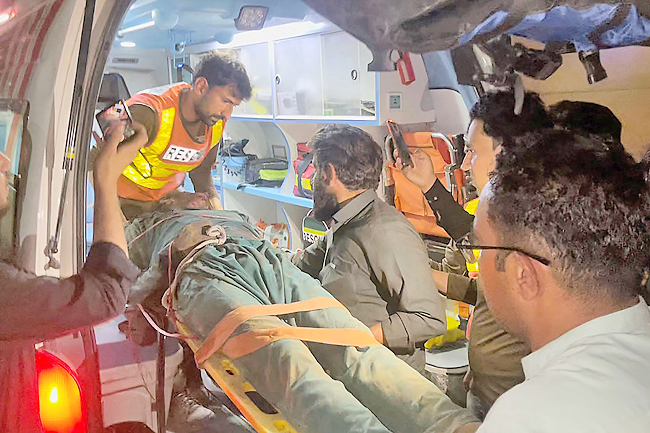