JAKARTA (AFP) – Two workers including a Chinese national were killed at a nickel smelting plant in Indonesia at the weekend after a riot broke out during a protest over labour conditions, officials said yesterday.

The island is a hub for the mineral-rich country’s production of the metal, which is used for electric vehicle batteries and stainless steel.

A 30-year-old Chinese worker and an Indonesian worker were killed, Central Sulawesi police spokesman Didik Supranoto told AFP, without giving a cause of death.

Beijing is working with the Indonesian government to ensure the incident will be “properly handled in accordance with the law” after the death of its citizen, Chinese foreign ministry spokesman Wang Wenbin told a briefing yesterday. 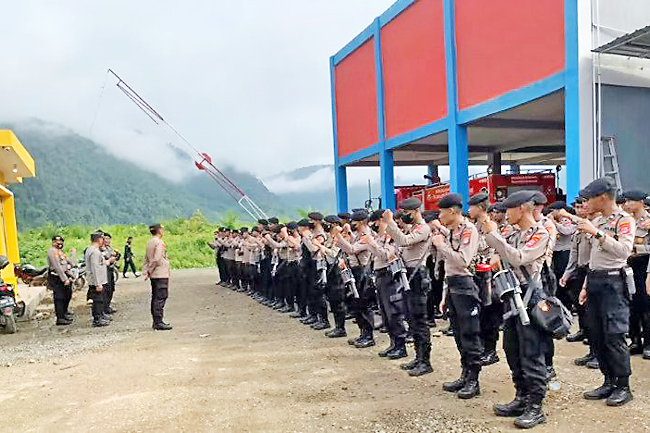 The Chinese embassy in Jakarta did not respond to a request for comment.

Local employees angry at working conditions and pay held a one-day strike that resulted in clashes with security officers when they tried to enter the premises and set fire to heavy machinery and vehicles, Supranoto said.

“There was a stir because they forced their way into PT GNI’s area. Security tried to drive them away but they managed to get in,” the police official said.

“They carried out anarchist actions – arson and damage. From there, clashes occurred between workers who went on strike with workers inside.”

At least 71 people were arrested, of whom 17 were suspected of causing damage, Supranoto later said in a statement.

“We express our deep condolences about the demonstration that ended in chaos… because it did not only impact the company but also the surrounding community,” GNI said in a statement.

It said the company and police were investigating the protest and deaths.

Operations at the plant – which was inaugurated by President Joko Widodo in 2021 and has an annual production capacity of 1.8 million tonnes – have been stopped, Supranoto said.

Indonesia wants to become a global production hub for electric batteries, and Sulawesi island’s nickel reserves, crucial to that strategy, have drawn interest from Beijing and some of the world’s biggest carmakers.