BOSTON (AP) – Ringo Starr finally made it to Boston on Thursday to receive his honorary degree from the Berklee College of Music.

The school originally announced that the Beatles drummer would receive a doctorate in music at commencement ceremonies in May, but Starr was unable to attend then and instead addressed the graduating class in a recorded statement.

But with Ringo Starr and his All Starr Band in town for a show, the school held a special ceremony on Thursday to honour his lifelong contributions to the music scene.

Starr, 81, told the story of how he picked up drumming when he was 13 and very ill and someone brought some percussion instruments to the hospital to keep him busy. He was hooked. “I just wanted to be a drummer from that moment on,” he said at Thursday’s ceremony. “It was my big dream and it’s still unfolding. I get to play with great guys, like the band here. It’s just a great life I lead.” 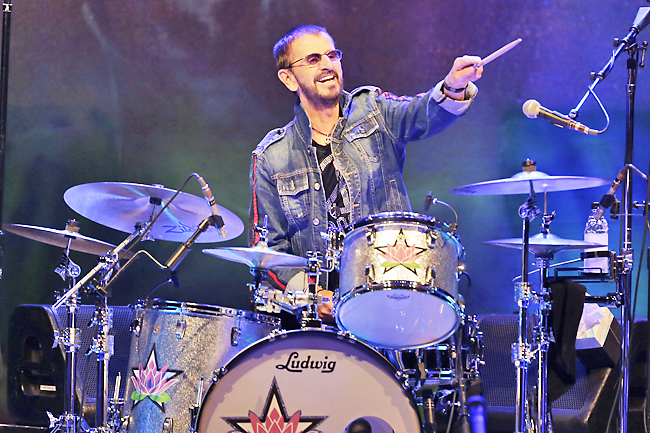