The move marks a long-awaited return to performing for the singer, who had previously turned down the gig in protest.

“IT’S ON. @rihanna will take the stage for the first ever Apple Music Super Bowl Halftime Show on 2.12.23,” Apple Music said in a tweet featuring a photo of the musician’s raised hand holding a football.

Rihanna, 34, and the NFL tweeted the same image. 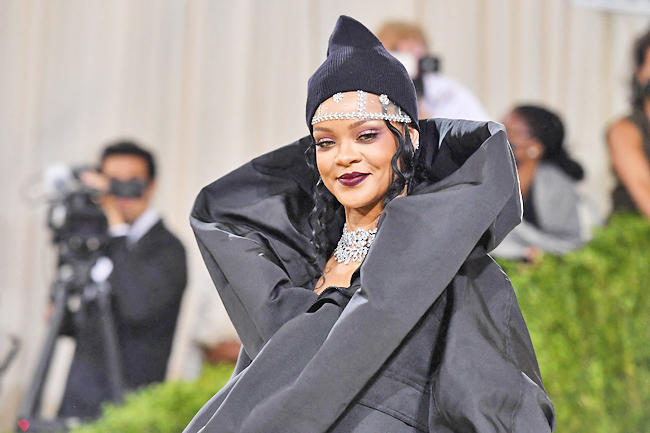 She made history by becoming the first Black woman to head a fashion house for the French powerhouse LVMH, which owns legacy brands including Fendi and Givenchy.

For the past few years, the singer behind the hits Diamonds and Umbrella has put music aside, at least publicly, to focus on her various businesses. In January, she and rapper A$AP Rocky, 33, announced they were expecting a child with a set of glamorous snow-dusted images taken in Harlem.

They reportedly welcomed the baby, a boy, in May. No other details, including the child’s name, have been made public.

Rihanna’s fierce fan base has been clamouring for her ninth album, R9, which she has said will be “reggae-infused” and has hinted since 2019 is nearly finished.

Performing at the Super Bowl is an about-face for the singer, who in 2019 confirmed reports to Vogue that she had turned down the NFL’s offer to play the coveted halftime show in solidarity with former player Colin Kaepernick.

Kaepernick, who has not played in the NFL since opting out of his contract with the San Francisco 49ers in March 2017, began kneeling in protest of social injustice and racial inequality during pre-game renditions of the United States (US) national anthem six years ago. “I couldn’t dare do that. For what? Who gains from that? Not my people. I just couldn’t be a sellout. I couldn’t be an enabler,” she told the magazine in an interview.