DUBAI, UNITED ARAB EMIRATES (AP) – The FIFA World Cup may be bringing as many as 1.2 million fans to Qatar, but the nearby flashy emirate of Dubai is also looking to cash in on the major sports tournament taking place just a short flight away.

Some football fan clubs have already said they’ll be commuting to Qatar during the cup on 45-minute flights from Dubai, the skyscraper-studded, beachfront city-state in the United Arab Emirates (UAE).

Other fans plan to sleep on cruise ships or camp out in the desert amid a feverish rush for rooms in Doha.

Dubai’s airlines, restaurants, shopping malls and other attractions now hope to benefit, further boosting their rebounding tourism industry in the crucial fall and winter months after the blows delivered by the coronavirus pandemic. “If you can’t stay in Qatar, Dubai is the place you’d most like to go as a foreign tourist,” said a Middle East and North Africa expert at Capital Economics James Swanston.

Now home to the world’s tallest building, cavernous malls – including one with an indoor ski slope – Dubai has seen explosive growth fuelled by its boom-and-bust real estate market that’s transformed the one-time pearling village over the last 20 years. 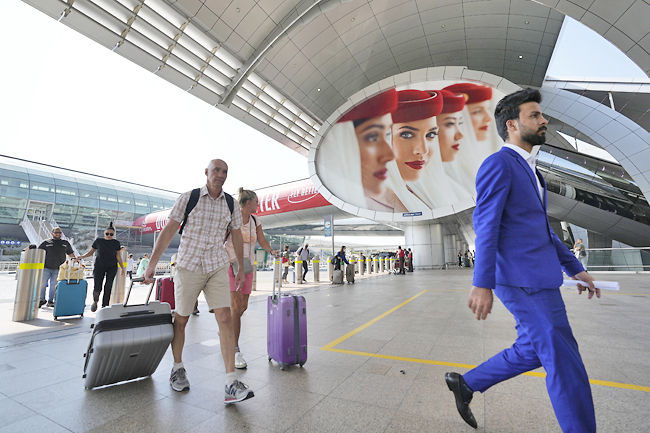 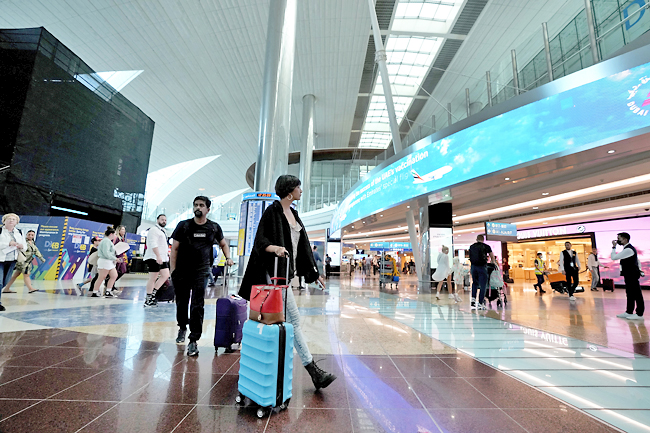 Its long-haul carrier Emirates helped make Dubai International Airport the busiest in the world for foreign travel and provides a steady stream of visitors who stay for layovers or longer.

In the lead-up to the tournament, concerns about hotel room space and high prices for the rooms available have trailed Qatar, which lacks hotel capacity for all teams, workers, volunteers and fans at the World Cup.

So Doha has created camping and cabin sites, hiring cruise ships, and encouraging fans to stay in neighbouring countries and fly in for games.

Surrounding nations, like Bahrain, Kuwait and Saudi Arabia, also suggest they could see a spike in visitors.

Meanwhile, Dubai has over 140,000 hotel rooms, putting it easily into the top 10 destinations worldwide as far as available hotel rooms go, said Philip Wooller, a senior director at STR, a company that monitors the hotel industry. Dubai also offers price ranges greater than what Qatar can at the moment, given the demand, he said.

Still, he added, he expects “Qatar will be able to accommodate most of the fans coming to the World Cup (but) there will be a knock-on in Dubai.”

Dubai appears fully poised to take advantage of the tournament.

Other airlines that may use Al Maktoum airport include KLM, Qatar Airways and Wizz Air, while private jets will fly from there as well to the tournament, said CEO of Dubai Airports Paul Griffiths. That could help boost the profile of an airfield that Dubai hopes will expand in the future as Dubai International Airport nears its capacity.

“It’s a great experience for us to see DWC suddenly so busy for the World Cup,” he said. “It will give exposure to the convenience of the airport for so many people that (airlines may) actually favour operating from there.”