AP – French veteran Richard Gasquet added another milestone in a career of extraordinary longevity yesterday when he beat Cameron Norrie 4-6, 6-4, 6-4 at the ASB Classic to claim his 16th ATP Tour title.

The 36-year-old Gasquet has just begun his 20th year on tour and came into his first Auckland final as a substantial underdog to 12th-ranked Norrie, who was a finalist in Auckland four years ago. Gasquet is ranked 67 and recently passed 900 weeks in the top 100.

Gasquet scrambled for points throughout the match and came up with an outstanding final set to deny Norrie the title in his “home” tournament. Norrie was raised in New Zealand and has dreamed since childhood of winning the Auckland tournament.

Gasquet also has had a long-time dream of playing in New Zealand.

“It’s my first time here in New Zealand but I really love rugby and I’m a big fan,” Gasquet said. “I talked a lot to French (rugby) players about how special it was to play here in New Zealand and in Auckland. I grew up watching the (All Blacks’) haka, even at the Stade de France.

“I always wanted to play here but I couldn’t do it while I was coming through. It’s 20 years on the tour and finally I came here.” 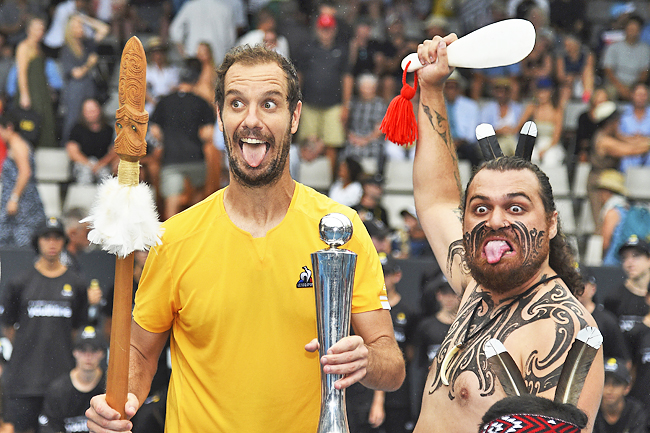