With the Chinese New Year just around the corner, many of those who are celebrating the auspicious turning of the year will be busy with preparations at home.

And of course with each new year, there is the hope of gaining more wealth and success, better health and prosperity.

For the Chinese, many will be looking forward to abundance of feasts and celebratory eating that forms part and parcel of ushering in the new year.

Traditionally, the foods eaten during feasts and gatherings symbolise many meanings, especially wealth and health and have links to more fortune.

Understanding what these mean could add more meaning to your celebrations and provide more insight for those who do not celebrate.

Turnip cake or Lor Bak Goh is at once nourishment as well as symbolic. The cake is said to represent one’s job, business or fortune and as the cake rises during cooking, one’s position is said to improve and it is usually served to guests or visitors during new year. 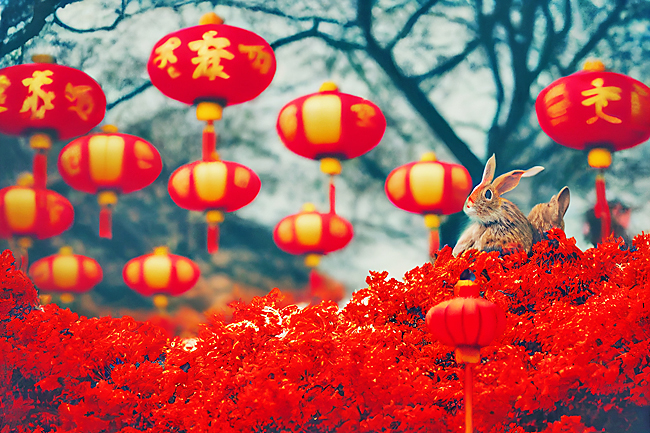 These treats are served in an eight compartment tray which symbolises togetherness.

Traditionally, a container of rice would be placed at the door with a scripted message in Chinese carrying the message ‘always full’ for visitors to see and thus share in the family’s good fortune.

The new year banquet on the eve of new year is traditionally made up of nine courses as this symbolises never-ending infinity, and the foods served usually have to be nice big dishes, all of which are a reminder of wishes for the new year.

Shrimp balls served during dinner symbolise togetherness. Their round shape represents endlessness, while shrimp in Chinese also sounds like laughter, suggesting a dish of happiness.

Lotus root soup is a play on words. In Chinese the meaning sounds like ‘achieve more’ thus this soup is a new year’s greeting.

It is also believed that the holes in the lotus root indicate that one should think things through.

Buddha’s delight is a classic vegetarian dish. In name alone, Fatt Choy, as it is called in Chinese, “wishing you prosperity” for the year and is ideal for vegetarians.

Steamed fish is considered the most important dish for the new year celebration.

The word for fish is yue, which also translates to ‘plentiful’.

Also, the swimming motion of the fish connotes the concept of never-ending, or eternity. It is important for the sake of tradition that the fish be steamed whole.

Always a component of any banquet of consequence, Fried Rice Yangzhou style, is one of those dishes that transcends its region and becomes a universal favourite. The ingredients that go into creating this dish symbolise happiness and prosperity.

Noodles are also always part of a banquet. Noodles, a recurring symbol of long life, were never cut when making this dish, in the belief that if one cut a noodle, a life might be shortened.

Oysters, one of the three fruits of the sea, are normally welcomed in the form of fried oysters to eat during new year.

Their name, ho see, sound like the Chinese words for good business. Spinach, simply prepared, by frying with garlic, is called bor choi or the vegetable that waves and is a felicitous new year reminder of paper money. It’s colour may also remind one of jade.

The trendy Yee Sang, is ideally consisted of raw fish like salmon or grass carp, accompanied with a mixture of sauces and finely diced vegetables which carry different meanings. These days, people enjoy eating Yee Sang by first tossing the ingredients all together like a large salad while saying out new year greetings before eating.

On new year’s day, people would greet each other with Gong Xi Fa Chai, the traditional new year greeting which translates literally as ‘congratulations, good fortune’.

Red packets or ang pow are traditionally given to those who are not yet married and are considered lucky money no matter how much the amount.

In the older times, it was also traditional to accompany the ang pow with a piece of evergreen branch which denotes life as well as a tangerine with stem and leaves for sweetness.

Observing the Chinese New Year is a fun-filled joyous celebration which can be shared with all.