SINGAPORE (CNA) – About 100 people were evacuated from a condominium in Woodlands yesterday morning after “a small spill” was found on a balcony in one of the units.

The Singapore Civil Defence Force (SCDF) said it was alerted to the incident at about 9.30am at 61 Rosewood Drive, where Rosewood Suites condominium is located.

“Upon arrival, SCDF officers identified a small spill at the balcony of a unit on the first floor,” said SCDF. Around 100 people from the affected block and neighbouring blocks were evacuated by the police.

SCDF responders retrieved a small sample of the spill for testing and the affected area was subsequently neutralised with a decontaminant.

Residents were allowed to return to their homes by 1.30pm.

As of 2.50pm yesterday, there were no reported injuries. 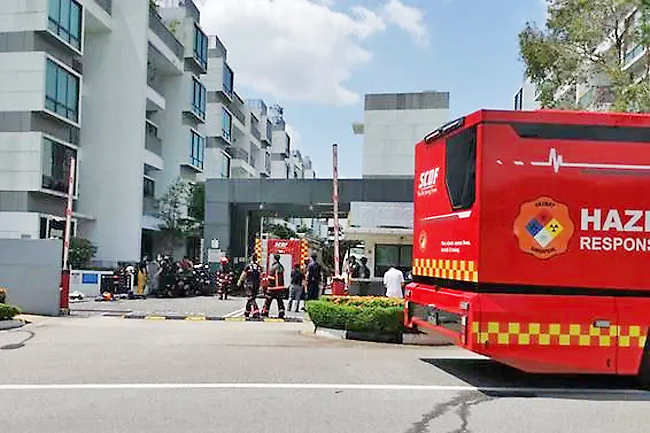