The sole candidate for village head of RPN Kampong Rimba, Zone 4 received a majority of votes in favour at the end of the election for the position yesterday.

In-person voting took place at Rimba I Primary School yesterday while voting via the PMKK e-Undi app began on November 4.

The results of the voting and selection for village head conducted yesterday will be presented to the Board of Appointment, Discipline and Procedures for the Mukim Penghulu and Village Head at the Ministry of Home Affairs for the next step in the selection process. 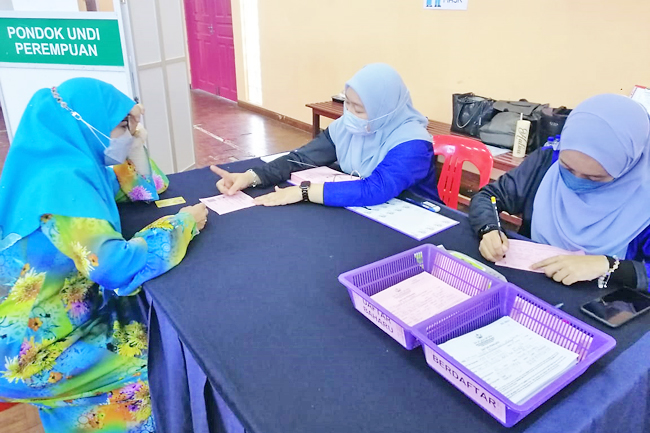