ANN/THE STAR – The new Sabah Cabinet met yesterday after a reshuffle which saw the appointment of three new ministers and exchanges of portfolios between several others.

Chief Minister Hajiji Noor chaired the Cabinet meeting, which is the first following the Sabah political crisis which unfolded some two weeks ago, at Menara Kinabalu.

The Chief Minister also welcomed back Rural Development Minister Jahid Jahim who had been on medical leave since last year. 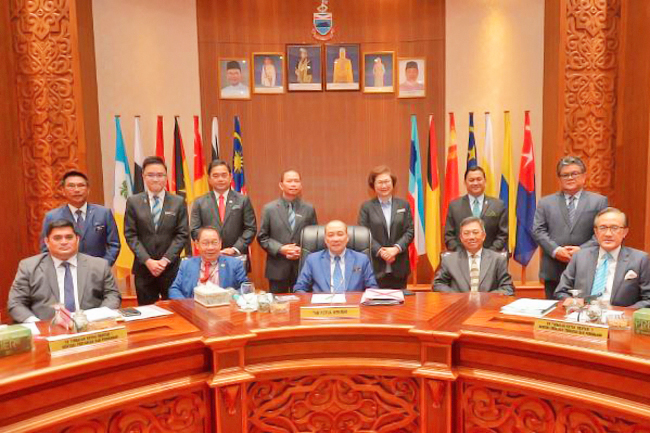 There was a possibility that Parti Warisan, with its 19 assemblymen and the 17 Sabah BN reps working with smaller parties could have unseated the Hajiji-led government.

However, GRS managed to muster the support of 44 assemblymen.