DUNBLANE, UNITED KINGDOM (AFP) – People in the Scottish town of Dunblane on Saturday mark the 25th anniversary of Britain’s worst mass shooting, which led to the introduction of some of the world’s toughest gun laws.

Sixteen schoolchildren, all of them aged just five and six, were killed with the teacher who tried to protect them when a local man opened fire on a gym class before taking his own life.

Coronavirus restrictions have shut churches across Scotland, forcing a day of private reflection.

But Colin Renwick, minister at Dunblane Cathedral, said the victims would be remembered at an online service on Sunday.

“For those who lost someone in the tragedy, every day will be one of remembering in some way, and the anniversaries that will be just as poignant for them will be the birthdays of those they have lost, as they ponder what might have been,” he said. Memories of the morning of March 13, 1996, are seared in the memory of people in Dunblane, and the rest of Britain, which stopped in horror as news of the tragedy broke.

“I heard about it on the news and when I drove into Dunblane that night, I couldn’t believe how horribly quiet it was,” one man told AFP as he walked his dog on a grassy hill above the school. 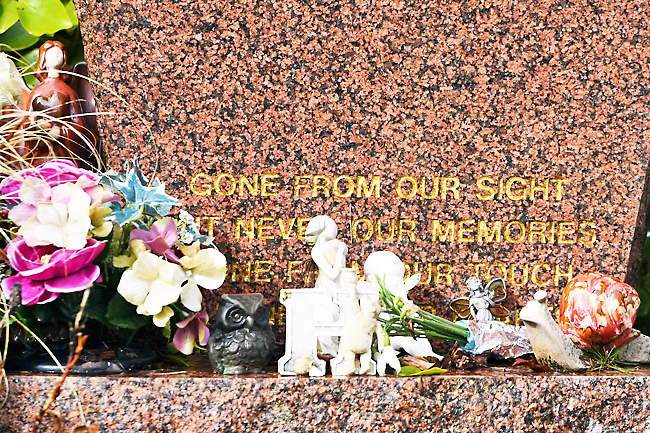 “It had never been that quiet,” he said, whistling for his dog as a teacher below led children across a sports field as rain clouds gathered. “It was awful,” the man, who declined to give his name, added.

“He (the perpetrator Thomas Hamilton) was a mad man. He should never have been allowed to own a gun.”

The fact that Hamilton, 43, committed the atrocity with legally held handguns prompted a campaign for an overhaul in Britain’s gun-ownership laws.

Peter Squires, a professor of criminology and public policy at the University of Brighton and a member of the Gun Control Network founded after the shooting, said it was a turning point.

“It triggered a whole load of new thinking about what you need to do to make society safe from guns,” he added.

Within months, more than 700,000 people had signed the Snowdrop Petition set up by the families of the victims, calling for stricter gun controls.

By 1997, their high-profile campaign of speeches, media appearances and political lobbying had paid off, despite fierce resistance from gun clubs and recreational shooters.

New laws were passed prohibiting the ownership of handguns, which Squires said have since been held up as a model around the world.

The government compensated handgun owners who handed in their weapons to police stations during an amnesty period.

The Herald newspaper on Friday reported that in 1997, British Prime Minister Boris Johnson – then a newspaper columnist – called the confiscations “pointless”.

Officials statistics showed guns were used in just 0.2 per cent of all police recorded offences in England and Wales, with 33 deaths due to firearm offences. The figures for Scotland are even lower.

The only comparable mass shooting was in 2010, when 12 people were shot dead by a licensed firearm holder in Cumbria, northwest England.

Apart from a memorial to the victims of the shooting, there are few visible reminders in Dunblane of what happened. But the pain is still palpable.

The world’s former number one tennis player Andy Murray, was an eight-year-old pupil at Dunblane Primary School when Hamilton burst in.

“At the time, you have no idea how tough something like that is,” he told the BBC in a June 2013 interview about his recollection of the day.

“As you start to get older you realise. The thing that is nice now, the whole town, they recovered from it so well.”

Jack Crozier and his sister Ellie Crozier lost their five-year-old sister Emma in the shooting and have made it their mission to honour her memory by supporting anti-gun campaigners.

Their focus is on the United States, where more than 19,000 people were killed due to firearms last year, according to the Gun Violence Archive. Dunblane campaigners supported calls for a change to United States gun laws after the 2012 massacre at Sandy Hook elementary school in Connecticut, which killed 20 children and six staff.

“Eyes are going to be on Dunblane, and we don’t need the eyes on Dunblane anymore.”