For Muslims, dates are one of the quintessential food consumed during Ramadhan.

Dates go through four stages of development prior to it being fully ripened. First, the chimri stage – green, hard, and bitter with 80 per cent moisture and 50 per cent sugar.

Next is the Khalal stage – still hard, the colour changes to yellow, orange or red. The sugar level increases, most of it sucrose.

Then the Rutob stage – half-ripe; soft, light brown, the distinctive yellowish skin of this acorn-shaped date is very creased, and because of the crystallised sugars they contain can be slightly crunchy.

Eating Rotab during the breaking of fast is a Sunnah of Prophet Muhammad (pbuh).

Dry dates have less moisture and keep for a longer period of time. Meanwhile, fresh dates have a lesser shelf life of up to eight to 10 months. Frozen dates can keep for up to two years. 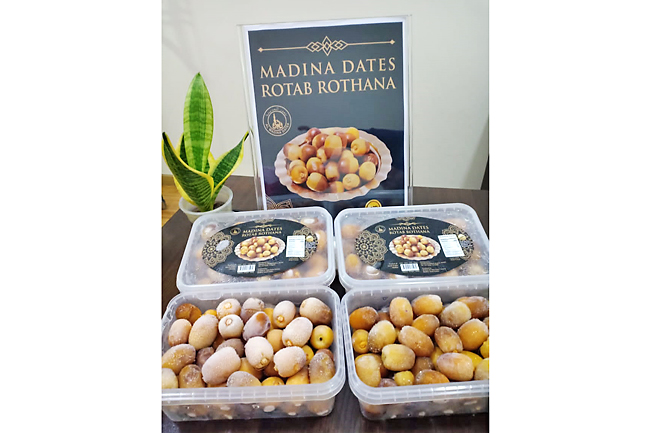