WELLINGTON (AFP) – The remains of two young children have been found in two suitcases bought at auction in New Zealand, local police said yesterday, vowing to track down those responsible for the deaths.

Detective Inspector Tofilau Faamanuia Vaaelua said the bodies were likely to have been in storage for several years and the victims are thought to have been between five and 10 years old when they died.

The children were concealed in two suitcases, he said.

“The nature of this discovery provides some complexities to the investigation especially given the time lapsed between the time of death and the time of discovery,” Vaaelua added.

The remains were only found when an unsuspecting family bought a trailer-load of items being auctioned off in bulk from a storage unit in South Auckland. Police reiterated that the family concerned are not connected to the homicide, but are “understandably distressed by the discovery” and they have asked for privacy, Vaaelua added.

They are receiving support to help deal with the trauma.

Police are using household and personal items found alongside the suitcases in their bid to identify the victims. 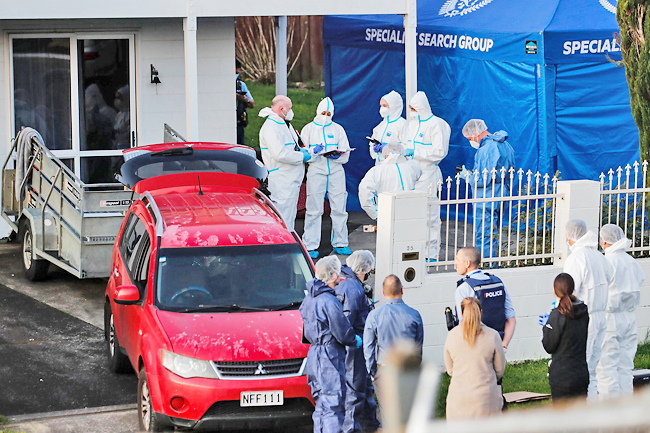