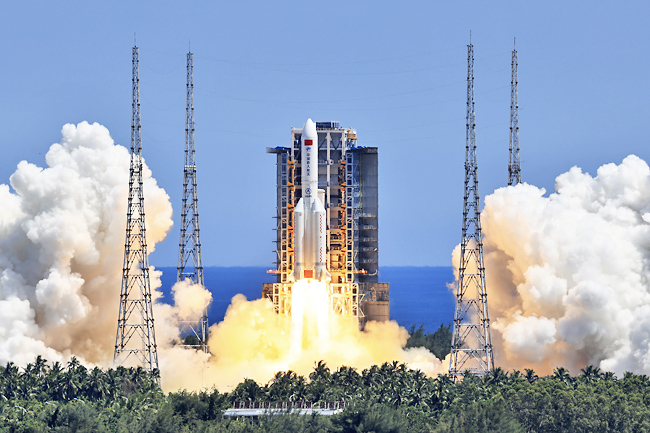 BEIJING (AP) – Debris from a rocket that boosted part of China’s new space station into orbit fell into the sea in the Philippines on Sunday, the Chinese government announced.

Most of the final stage of the Long March-5B rocket burned up after entering the atmosphere at 12.55am, the China Manned Space Agency reported.

The agency said earlier the booster would be allowed to fall unguided.

The announcement gave no details of whether remaining debris fell on land or sea but said the “landing area” was at 119 degrees east longitude and 9.1 degrees north latitude. That is in waters southeast of the Philippine city of Puerto Princesa on the island of Palawan. There was no immediate word from Philippine authorities about whether anyone on the ground was affected.