Religious events continue to be held across the Sultanate to mark Maulidur Rasul.

The Islamic Da’wah Centre (PDI), through the Muallaf Development Division, collaborated with Sinar Islam Association (PSI) to hold a Dikir Marhaban ceremony at the PSI Office in the Belait District yesterday.

The ceremony also saw the recitation of Dikir Marhaban led by PSI members as well as officers and staff of the Dakwah Office in Belait District. 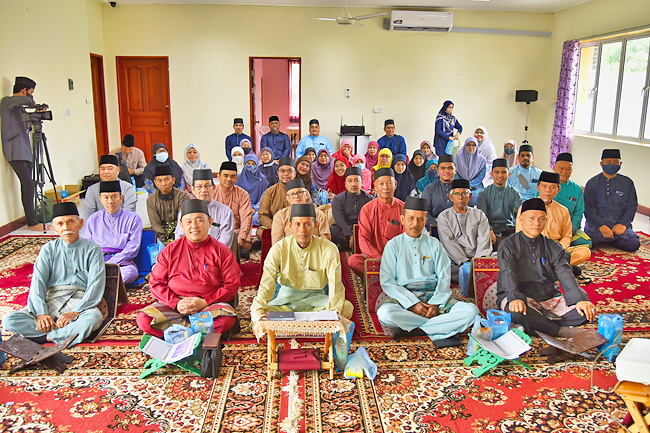 To mark the occasion, the Brunei Darussalam Amateur Radio Association (BDARA) held a Dikir Syarafil Anam ceremony at one of its members’ residence recently.

The event commenced with the recitation of Sayyidul Istighfar and Selawat, followed by the recitation of Al-Quran verses, led by BDARA President Major (Rtd) Haji Tamat bin Haji Lampoh, and continued with a number of Dikir and Tausyeh.

Meanwhile, a talk was held to celebrate Maulidur Rasul at the Language and Literature Bureau in Kampong Pandan, Belait District on Sunday.

Among the attendees were members of the Single Mothers’ Movement Association (PGIT), including its president Norliha binti Haji Besar.

In a show of appreciation, the PGIT president presented a souvenir to the invited speaker before spending the rest of the afternoon bonding over high tea.

Additionally, a Dikir Maulud was held on Sunday at the residence of Acting Village Head of Kampong Keriam Haji Bahrin bin Haji Bolhassan in the Tutong District.

Among the attendees were members of the Senior Citizens Association in the district, retired government personnel, spouses of members of the consultative council of Kampong Keriam and other congregants in the area.