The competition was held in conjunction with the 37th National Day celebration and was organised by the Takmir Committee of the Pekan Seria Mosque.

Head Imam of the mosque Imam Haji Aminorddin bin Haji Mohd Yusof in his speech said the competition helped to sustain the art of reciting Tausyeh across generations.

“In conjunction with the 37 National Day celebrations, the Takmir Committee of Pekan Seria Mosque has taken the initiative to encourage participations from the youth to compete as it provides opportunities for them to spend time wisely in learning the recitation of Tausyeh while also involving themselves with activities held at mosques,” he said. 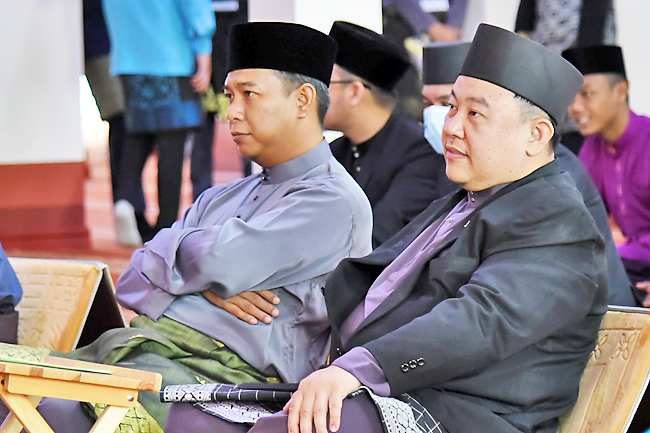 Firqah Amaturrahman who scored a total of 93 per cent with their performance of Qomarun won in the Belia category.

Head of Religious Officer in the Belait District Muhammad Aliyani bin Haji Ismail presented trophies and prizes to the winners.