After decades of destruction that saw the mangroves cleared, all that remained were fragmented patches totalling some 500 hectares, the size of only a few hundred football pitches.

Head of Egypt’s agriculture syndicate who is leading mangrove replanting efforts Sayed Khalifa calls the unique plants a “treasure” because of their ability to grow in salt water where they face no problems of drought.

“It’s an entire ecosystem,” Khalifa said, knee-deep in the water. “When you plant mangroves, marine life, crustaceans and birds all flock in.”

Between the tentacle-like roots of months-old saplings, small fish and tiny crab larvae dart through the shallows – making the trees key nurseries of marine life.

Khalifa’s team are growing tens of thousands of seedlings in a nursery, which are then used to rehabilitate six key areas on the Red Sea and Sinai coast, aiming to replant some 210 hectares. 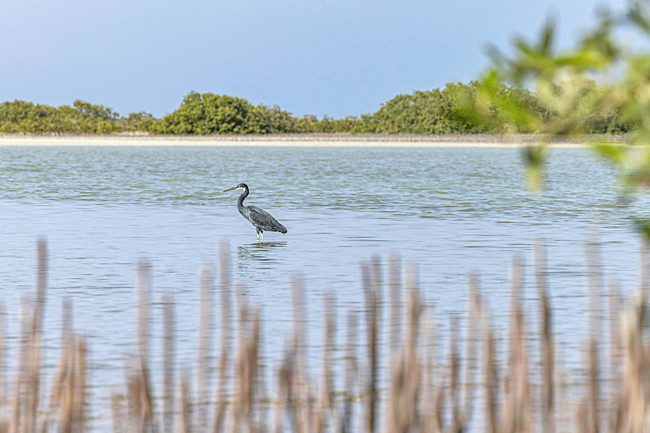 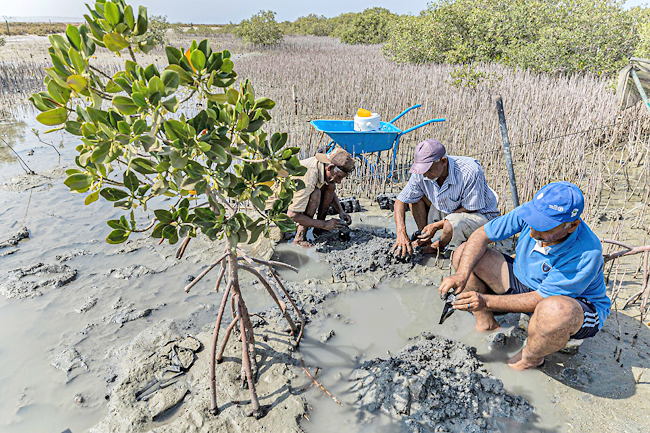 But Khalifa dreams of extending the mangroves as far “as possible”, pointing past a yacht marina some six kilometres to the south.

The about USD50,000-a-year government-backed programme was launched five years ago.

Mangroves also have a powerful impact in combatting climate change.

The resilient trees “punch above their weight” absorbing five times more carbon than forests on land, according to the United Nations Environment Programme (UNEP).

The stands of trees also help filter out water pollution and act as a natural barrier against rising seas and extreme weather, shielding coastal communities from destructive storms.

UNEP calculates that protecting mangroves is a thousand times cheaper than building seawalls over the same distance.

Despite their value, mangroves have been annihilated worldwide at rapid speed. Over a third of mangroves globally have been lost, researchers estimate, with losses up to 80 per cent in some coastlines of the Indian Ocean.

Mangrove expert Niko Howai, from Britain’s University of Reading, said in the past many governments had not appreciated “the importance of mangroves”, eyeing instead lucrative “opportunities to earn revenue” including through coastal development.

In Egypt’s case, “mass tourism activities and resorts, which cause pollution”, as well as boat activity and oil drilling wreaked havoc on mangroves, said a botany professor at Egypt’s Tanta University Kamal Shaltout.

Shaltout warned that mangrove restoration efforts “will go to waste” if these threats are not addressed.

“The problem is that the mangroves we have are so limited in number that any damage causes total disruption,” he said.

There is little reliable information to indicate how much has been lost, but Shaltout said “there are areas that have been completely destroyed”, particularly around the major resort town of Hurghada.

The scale of damage, a 2018 study by Shaltout and other researchers found, “probably far exceeds what could be replaced by any replanting programme for years to come”.

Efforts to link up replanted areas will be potentially blocked by barriers of marinas, resorts and coastal settlements.

“Mangroves are hardy, but they are also sensitive, especially as saplings,” Howai said.

“Intermingling mangrove reforestation with existing development projects is not impossible, but it is going to be more challenging.”

To be successful, Shaltout said tourist operators must be involved, including by tasking resorts with replanting areas themselves.

“It could even come with certain tax benefits, to tell them that just like they have turned a profit, they should also play a role in protecting nature,” the botanist said.