Reduced global growth on the horizon

A new World Economic Forum (WEF) report was recently released, with key findings including WEF’s Community of Chief Economists expecting reduced growth, stubbornly high inflation and real wages to continue falling for the remainder of 2022 out of 2023, with seven out of 10 considering a global recession to be at least somewhat likely.

The September 2022 edition of the WEF’s quarterly Chief Economists Outlook, published on September 28, aimed to summarise the emerging contours of the current economic environment and identify priorities for further action by policymakers and business leaders in response to the compounding shocks to the global economy from geo-economic and geopolitical events.

Prospects for the global economy have deteriorated since the May 2022 edition of the report, with expectations for growth pared back across all regions, stated a press statement. “Almost nine out of 10 of the chief economists expect growth in Europe to be weak in 2023, while moderate growth is expected in the Middle East and North Africa (MENA) region, the United States (US), South Asia and Latin America,” said the statement.

“The grim outlook for growth is being driven in part by high inflation, which has triggered sharp monetary tightening across many economies. With the exception of China and the MENA region, most of the chief economists surveyed expect high inflation to persist for the remainder of 2022, with expectations somewhat moderating in 2023.” 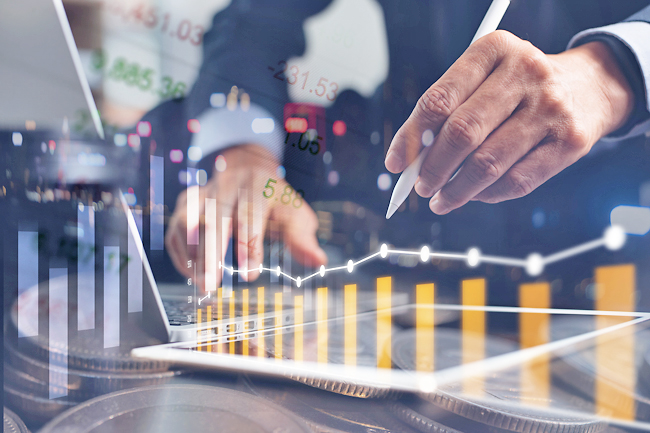 According to the statement, as the high cost of living reverberates around the world, the chief economists are in agreement that wages will fail to keep pace with surging prices in 2022 and 2023, with nine in 10 expecting real wages to decline in low-income economies during that period, alongside 80 per cent in high-income economies. With household purchasing power weakening, the majority of the chief economists expected poverty levels across low-income countries to increase, compared with 60 per cent in high-income countries.

WEF Managing Director Saadia Zahidi said, “Growing inequality between and within countries is the ongoing legacy of COVID-19, war and uncoordinated policy action.

“With inflation soaring and real wages falling, the global cost of living crisis is hitting the most vulnerable hardest. As policymakers aim to control inflation while minimising the impact on growth, they will need to ensure specific support to those who need it most. The stakes could not be higher.”

The statement noted that the cost of living crisis is driving concerns around energy and food prices, elaborating that the chief economists are particularly concerned in relation to sub-Saharan Africa and the MENA region, with 100 per cent and 63 per cent of respondents, expecting food insecurity, with a significant number of respondents also expecting food insecurity in South Asia and Central Asia (47 per cent for both).

It added that, most concerningly, 79 per cent of the respondents expect rising costs to trigger social unrest in low-income countries versus 20 per cent in high-income economies.

“But as interest rates continue to rise, 42 per cent of respondents expect debt servicing costs to exert a significant drag on growth over the next three years versus 84 per cent for low-income economies. About one-third of respondents said that high-income countries no longer have the fiscal space to deal with another macroeconomic shock, compared with three-quarters for low-income countries.”

Also mentioned was that geopolitics is expected to dominate macroeconomic and financial developments in the years ahead, according to those surveyed.

“Almost nine out of 10 expect heightened geopolitical risk to have a significant impact on global economic activity over the next three years, and only slightly fewer (85 per cent) expect business strategies to be similarly affected,” the statement said.

“A significant proportion of the respondents (69 per cent) also expect to see geopolitical tensions affect global financial markets over the three-year horizon. Most respondents expect fragmentation to increase, especially in technology (80 per cent of respondents) and goods (70 per cent), with a more moderate outlook for labour (60 per cent), services (58 per cent) and finance (52 per cent).”

“Four out of five chief economists expect businesses to pursue supply chain diversification and localisation (also 80 per cent) over the next three years, with long-term implications for costs to consumers.”