A total of 1919.2 kilogrammes (kg) scrap paper, 134.3kg of cardboard, 417.8kg of plastic bottles, 224.7 litres of used cooking oil and 428 units of e-waste were collected when the Department of Environment, Parks and Recreation (JASTRe) held a nationwide recycling day initiative yesterday.

The waste was transported to the companies to be processed either domestically or exported overseas for further processing.

“The initiative is the first for the Temburong District,” shared Head of the JASTRe Temburong branch for the nationwide recycling day initiative Siti Nur Hanisah binti Hasnan.

She added that residents of the Temburong District were eager to participate as they transported their unwanted waste mostly in the form of old electronics such as refrigerators and televisions. 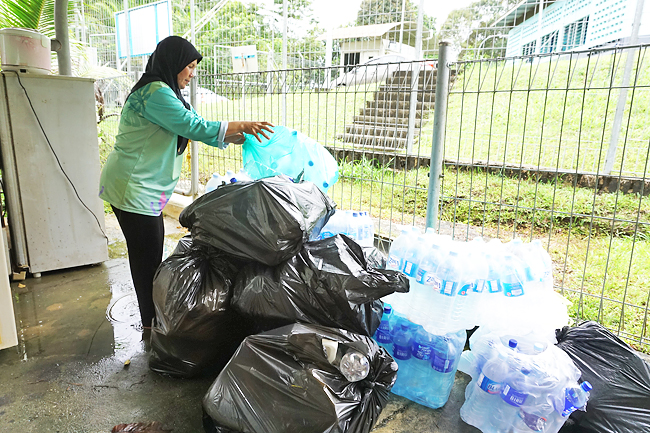 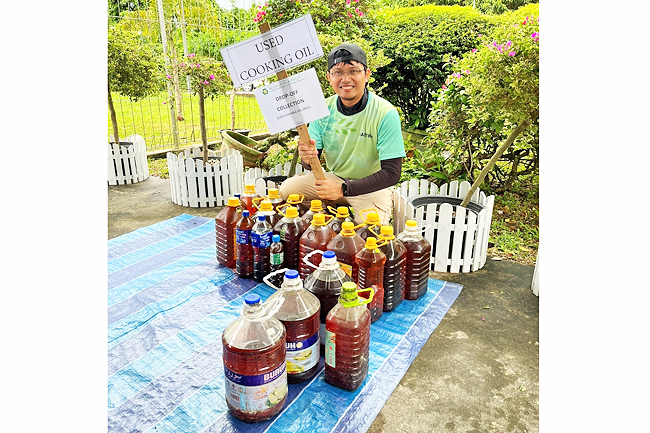 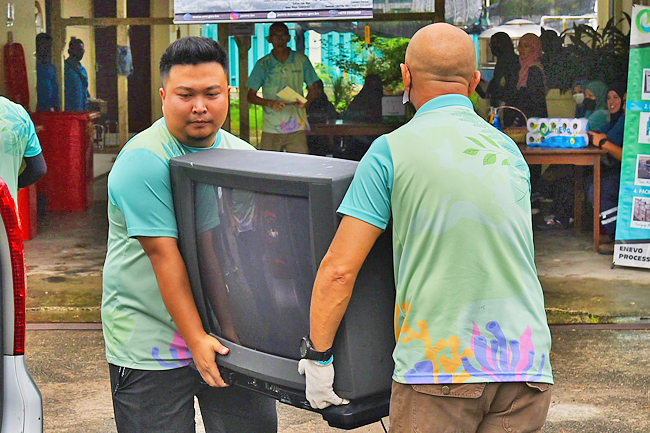 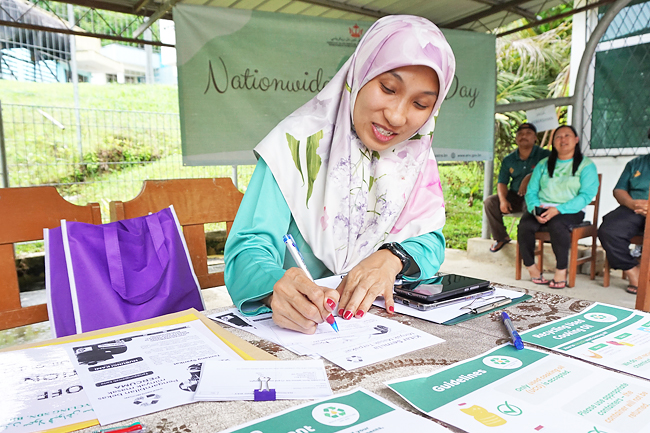 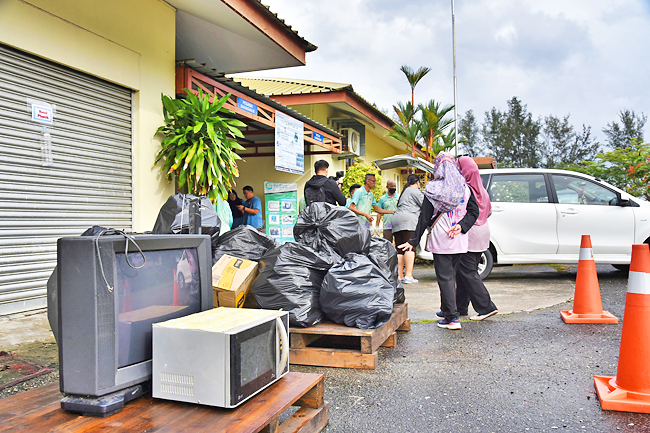 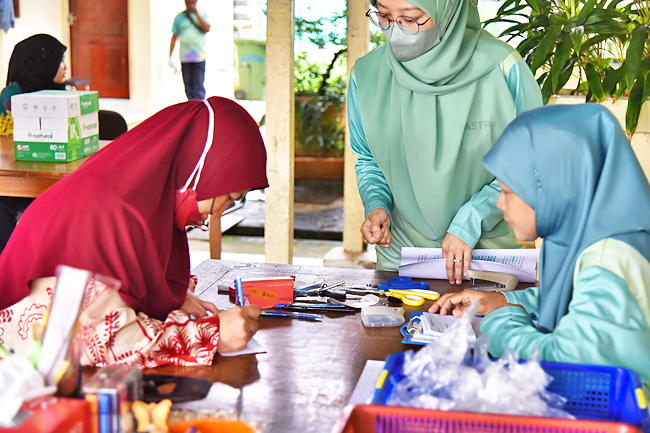 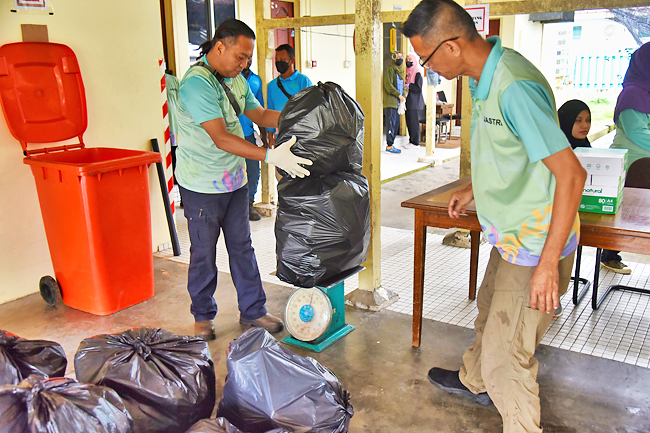 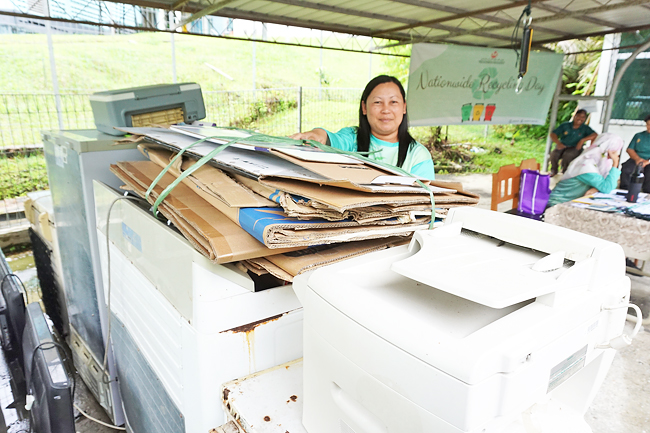 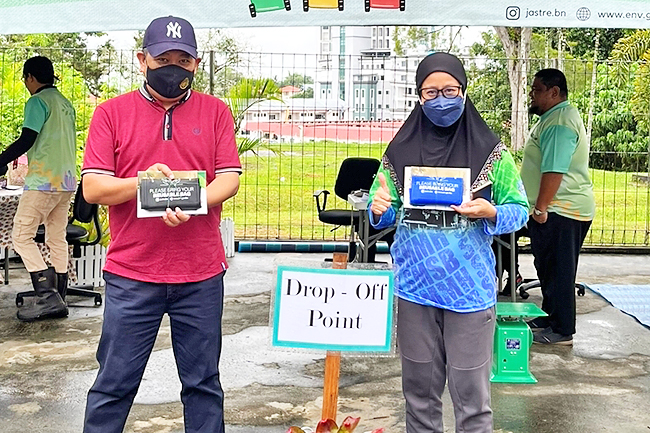 “One resident had to make two trips here with their large SUV,” she added.

At the collection site in Temburong District, those who took part in the initiative were also taught how to properly dispose and recycle certain types of waste, such as used cooking oil.

Acting Head of the JASTRe Belait Branch Juraidah binti Baidi explained how the nationwide recycling day started earlier, back in 2018, when the branch started accepting e-waste.

“Since then, the initiative has spread across the nation that encourages residents to hand over various recyclable materials such as used paper, cardboard, plastic bottles, cooking oil, and more; in addition to e-waste.”

She hopes that the initiative will help to instil a culture of the 3Rs (reuse, reduce and recycle) in the residents’ daily lives.

More information on the initiatives can be obtained at www.env.gov.bn, as well as through our Instagram @jastre.bn, our hotline at 224 1262, and email at jastre.brunei@env.gov.bn.

Meanwhile, the Belait District sites recorded a total of 210kg of used paper, 17.9kg of cardboard, 104.6kg of used plastic bottles, and 98 units of e-waste for the event.