Trafficking in Persons (TIP) is a grave violation of human rights. Every year, thousands of men, women and children fall into the hands of traffickers.

So how can we as members of the public, recognise signs of a TIP victim? And what can we do to help the authorities combat this?

Acting Director of the Criminal Investigation Department (CID) of the Royal Brunei Police Force (RBPF) ACP Haji Mohammed Fadzillah bin Haji Ismail said, “This is a major crime that involves the exploitation of workers. Human traffickers would use coercion or deception to recruit vulnerable persons into a life of forced labour or sexual exploitation.”

The Chairman of the Working Committee on TIP said human trafficking can take place anywhere and can happen to anyone.

“Although we often associate TIP with workers in the construction sector or victims of sexual exploitation, human trafficking can also happen at your own home, especially with foreign domestic workers. Multiple offences in the form of unethical treatment of foreign workers can amount to a TIP offence,” he said. 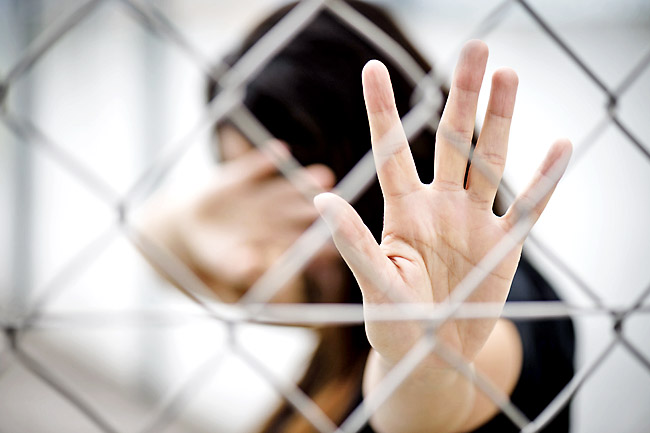 For instance, he said, it is an offence to withhold a domestic worker’s passport without her consent, and this offence is an indicator of human trafficking.

ACP Haji Mohammed Fadzillah said the other major indicators include: withholding workers’ wages; denying them freedom of movement and communication; physical abuse; unacceptable working hours; and denying them off-day entitlement, even if this is in exchange for monetary compensation.

If these indicators are present, ACP Haji Mohammed Fadzillah said, the employer may be complicit in human trafficking, and he or she is liable for prosecution under the Anti-Trafficking in Persons Order.

“Even if they do not meet the prosecution criteria for human trafficking, employers that commit any one of these unethical practices are liable for prosecution under other laws,” he added.

He stressed that the National Committee on TIP does not condone unacceptable treatment of foreign workers.

He said if the public witnesses any unethical employment practices, report to the Labour Department’s hotline at 2381848 or 7298989.

However, if an employer has physically abused their foreign workers, the public should contact the RBPF directly through their hotline 993.

“Any physical abuse towards an employee is a sign of human trafficking and we must put a stop to this criminal behaviour,” he said.

The RBPF established a dedicated Human Trafficking Investigation Unit (HTU) in 2011, as part of Brunei’s efforts in fighting TIP. HTU officers specialise in investigating offences under the Anti-Trafficking in Persons Order 2019.

Although they are a frontline unit under the CID, HTU also regularly conducts talks and other outreach efforts to educate the public on human trafficking. The unit serves as the Secretariat to the Working Committee on TIP, which reports to the National Committee at the Prime Minister’s Office.

As Secretariat to the Working Committee on TIP, HTU also teams up with other enforcement agencies and the Attorney General’s Chambers to coordinate on-the-ground efforts in the fight against TIP.

“Some recent highlights include the development of a National standard operating procedure (SOP) for investigating TIP cases, which became operational on January 16; and the establishment of a TIP Assessment Team that thoroughly screens all cases brought up by the enforcement agencies under the Working Committee, for elements of human trafficking,” he said.

HTU also works closely with the Ministry of Health; the Community Development Department; Ministry of Culture, Youth and Sports; and foreign missions in Brunei Darussalam, in providing care and protection to victims.

“We will make sure that victims are safe and cared after in accordance with the best practices. Our laws also protect victims from prosecution. For example, a person who is trafficked into Brunei Darussalam for sexual exploitation will not be prosecuted for vice or other crimes,” he shared.

As part of the National SOP, he said that victims have the option to stay at a government shelter.

He added, “They also have the opportunity to pursue training or continue working in Brunei Darussalam while their case is under investigation, in line with current practices.”

As part of a prevention measure, ACP Haji Mohammed Fadzillah said that HTU proactively screens all criminal cases reported to police stations across the country for elements of TIP.

“The unit pays close attention to cases that may involve labour or sexual exploitation, such as runaway workers, outstanding salaries, physical abuse of employees, immigration offences, and prostitution. In screening these cases, HTU officers look for elements of TIP, as defined in the Anti-Trafficking in Persons Order 2019, including the recruitment, deception and exploitation of potential victims,” he said.