Nominations are now open for the 2023 Commonwealth Youth Awards, giving recognition to exceptional young people from across the 56-nation association.

The awards will be a historic milestone, according to Commonwealth Secretary-General Patricia Scotland.

“Despite being disproportionately impacted by unprecedented health, environmental, and economic challenges, young people remain committed to finding practical solutions which will improve lives all over the world,” shared the secretary-general. 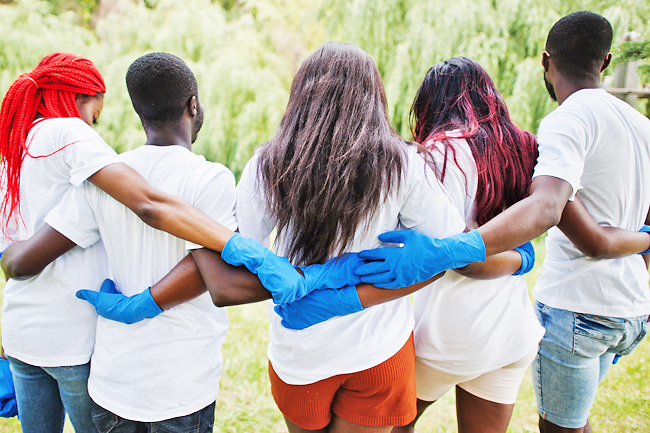 “Youth leaders left the Commonwealth Heads of Government Meeting in Kigali with strong commitments from the highest levels.”

Leaders, inspired by young people who represent more than 60 per cent of the Commonwealth’s 2.5 billion population, declared that 2023 will be the ‘Year of Youth’, she said.

According to the Commonwealth Secretariat, the awards, which are held each year in March, celebrate the outstanding contributions young people are making towards tackling global issues, improving lives and achieving the United Nations (UN) Sustainable Development Goals (SDGs).

Previous winners have enjoyed international acclaim, cash prizes and invaluable networking opportunities to help boost their projects, according to the statement.

“Next year’s awards are even more special as 2023 has been declared ‘Year of the Youth’, in honour of the 50th anniversary of the Commonwealth Youth Programme.”

The statement noted that record numbers of young people applied for the Awards last year and engaged on social media during its promotion.

“The launch of the 2023 Awards comes on the heels of the Commonwealth Youth Forum and Commonwealth Heads of Government Meeting in Kigali, Rwanda.

“At the meeting, leaders committed to a range of strategies, initiatives, and activities to address the ongoing impact of new and pre-existing youth-related challenges such as COVID-19, conflict, climate change, unemployment and access to education.”

The secretariat also mentions that one of the key outcomes of the meeting was the declaration by Commonwealth leaders that 2023 will be named ‘Year of the Youth’, which will kick-off in January 2023 with a Youth Ministerial Meeting in Pakistan and include a range of other activities aimed at youth empowerment and development.

Young people from the Commonwealth countries can enter five regional categories: Africa, Asia, the Caribbean, Europe and Canada, and the Pacific.

An independent pan-Commonwealth jury will judge the nominations based on impact, sustainability and innovation.

The jury will shortlist finalists, who will each receive a trophy, a certificate and GBP1,000 in cash, and from them, regional award winners will be chosen.

These will receive an additional GBP2,000. One of the regional award recipients will be accorded further recognition as Commonwealth Young Person of the Year and a total cash prize of GBP5,000. The secretariat also said the Queen’s Commonwealth Trust (QCT) has joined the Commonwealth Secretariat as a partner to offer one winner up to two years of flexible funding worth GBP20,000 a year, as well as coaching opportunities and organisational development support.

“We are delighted to again be sponsoring a special CYA Social Enterprise award in 2023, the Commonwealth Year of the Youth.”

The finalists and regional winners will be announced during Commonwealth Week in March 2023. Applicants must be: a Commonwealth citizen; between the age of 15 to 29 years; and have been engaged in development work for at least 12 months as a professional or volunteer.

“Nominees must show a strong track record of implementing impactful development work which contributes to at least one of the 17 SDGs,” adds the statement.

“To be eligible for the additional QCT prize, applicants must be aged 18 to 29 years old, and the founder or co-founder of a social enterprise.”