THE WASHINGTON POST – Congresswoman Maxine Waters. Queen of memes. Giver of gifs. Inspirer of song. How did the gentlelady representing California, the most senior Black woman in the House, become a social media darling for millennials and beyond?

Helena Andrews-Dyer and R Eric Thomas are here to tell you in their new book, Reclaiming Her Time: The Power of Maxine Waters.

As he sidestepped her question, she repeated “Reclaiming my time” – delivering three words with the glasses-halfway-down-the-nose assuredness of a seasoned stateswoman who will not be danced around – and boom, Waters became a hero for a whole new generation.

While Andrews-Dyer and Thomas devote their first chapter to that Peak Maxine exchange, their book does not dwell on a mere two minutes of glory.

Instead, they enlighten or remind readers that Waters has done a lot in her nearly 50 years of community activism and public service. The book is strongest when focussed on the long road, the slog of local government, what she’s had to face as a Black woman in Congress who is unapologetic about her power, and just how long she has been fighting against police brutality and for social justice, women’s rights and “education as a ladder out of poverty”.

There’s also plenty of funny on these pages. And not just a line here or there; we’re talking curse you for making my face wrinkle this way I am now reaching for the eye cream funny.

If you’re looking for a very serious or neutral take on the 30,000+ days of Maxine Waters, keep on searching. “I like living in a world where there’s a Maxine Waters,” Andrews-Dyer declared in her author note; Thomas talks about “being awed by her work, her words, and her wit”.

The writers are unabashed fans, writing for those who share the love and making the case that political biographies shine bright when they have as much panache as their subject. 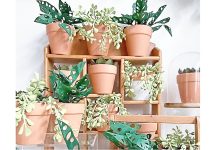 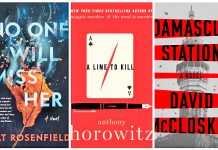 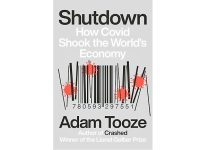 In praise of the other heroes of the coronavirus crisis: Central bankers