Having being exposed to household chores including cooking from the age of 10, she was the first to be appointed to teach Home Science in the country during the first quarter of 1958 in Seria Town.

At 87, her passion and skills in cooking are still very much in her. She adores cooking and dishes out new recipes in her spare time.

It had always been her lifelong dream to publish a collection of her recipes garnered from decades of cooking whether at home or during her time as a home science teacher. This dream became a reality recently with the launch of her recipe book Resipi Bonda.

During her teenage years, she lived with her family in Sabah during the Japanese occupation in Brunei Darussalam and Sabah. This was when she shouldered the responsibility to help feed her family.

Waking up at dawn to prepare ghee on her own was proof that she was independent and a hard worker. Her determination to help her parents and spending most of her teenage years doing household chores did not dampen her desire to pursue higher education. However, she migrated to Brunei Darussalam and got married at 19 which saw a lull in her education. Hajah Dayang Norsiah’s marriage did not last, but her dream to continue her studies came true when her father sent her to Borneo Tailoring in Joo Chiat, Singapore where she acquired a Diploma in Home Science.

After completing her studies, she returned home in 1957 and opened a Home Science Class above her father’s shop in Seria. It was there her talents were spotted by the headmaster of Mohamad Alam School in Seria who offered her the post of the first Home Science TANGGA teacher.

In 1964, her good friend Dayang Damit binti Awang Ahmad recommended her to senior officers at the then Department of Education to teach Home Science adult classes. This led her to being appointed to teach in the Brunei-Muara and Temburong districts.

Dayang Damit recalled that at the time, Hajah Dayang Norsiah was actively conducting cooking lessons and encouraged women residing in the oil town interested in taking up cooking lessons to join her classes. She received encouraging response with the majority of her students being housewives keen to master cooking.

“The cooking class was joined by some 40 people and was carried out in the school kitchen with the permission of the headmaster, the late Haji Panjang bin Zainal. Seeing the keen interest and growing popularity of the cooking classes in Seria, I proposed to open a cooking classes for adults in Brunei Town through the late Haji Omar bin Mohammad, who was then manager of the Home Science and Typing/Shorthand Classes for Adults in the capital.”

From Bandar Seri Begawan to villages as far as Muara town, Kampong Kasat, Kampong Putat, Sengkurong in the Brunei-Muara District and taking a boat ride to the Temburong District every Friday, she shared her knowledge, skills and expertise among students who still shower her with praise.

Hajah Dayang Norsiah is also a familiar face on television having being invited on cooking programmes on Radio Television Brunei (RTB).

Her hard work and determination did not stop even after she resigned from the Department of Education. She started her own business, which included offering catering services and operating at government canteens.

Hajah Dayang Norsiah brought up her six children on her own with each of them excelling in their careers. Her desire to publish her own cookbook was long delayed.

Hajah Dayang Norsiah is grateful that she finally has her own publication to share her recipes.

She also shared her culinary skills abroad including Riyadh in the Kingdom of Saudi Arabia, Iran, India, Bangladesh and Jordan, while visiting her daughter whose husband was posted as the Brunei ambassador and high commissioner.

In the 1980’s, Hajah Dayang Norsiah was invited to share her culinary delights on various RTB cooking programmes, and a cooking TV channel in the Kingdom of Saudi Arabia. She was also featured in a popular Malaysian culinary magazine.

“Our elders’ knowledge is a valuable asset because it is a part of our tradition that helps to shape our national identity,” she said. 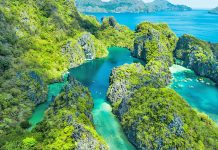 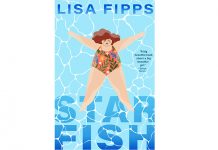 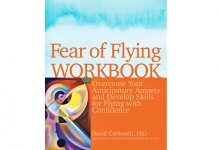