The attack by suspected New People’s Army guerrillas in Malibcong town in Abra province also injured one soldier and left another missing, military officials said. It was unclear whether the missing soldier was seized by the rebels.

The province was hit by a magnitude 6.4 earthquake last Sunday that was felt across a wide swath of the country’s main northern Luzon region. At least 44 people were injured by the quake, which damaged more than 2,000 houses, schools, hospitals and stone churches, and prompted the overnight closure of an international airport, disaster officials said.

While helping the region recover, local officials are also bracing for an approaching storm that may batter Abra and other nearby provinces.

Military officials strongly condemned the rebel assault. The soldiers who came under attack had been ordered to return to camp from counter-insurgency patrols for possible deployment to quake-hit villages, they said. 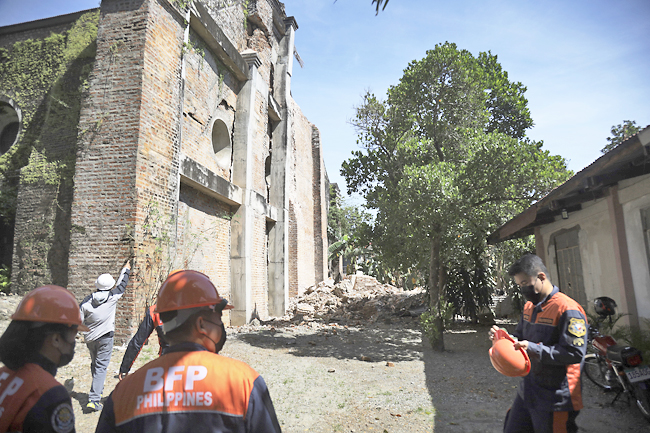 “This gruesome ambush against our soldiers in disaster-response mode is another proof of their cruelty and inhumanity to our countrymen,” Brigadier General Audrey Pasia said in a statement.

Pasia said the military would continue providing help to the quake-shattered region despite the attack. There was no immediate reaction from the communist guerrillas.

The rebel force was established in 1969 with only about 60 armed fighters in the country’s northern region but gradually expanded across the country and became one of Asia’s longest-running communist insurgencies.

The rebellion has left about 40,000 combatants and civilians dead and stunted economic development in remote regions where the military said few thousand insurgents are still active.