There is an increasing number of reasons for optimism in Asia, with the region rebounding faster than the rest of the world, said Standard Chartered’s Chief Executive Officer (CEO) for Asia Benjamin Hung, who shared the optimism for the region in a statement.

The CEO first noted that infection rates are hitting record highs, with travel restrictions being further tightened and jobless rates facing a lagged hit. The geopolitical landscape appears as febrile as ever.

He said, “Amid the lacklustre news flow, it is easy to overlook the profound shifts which are rapidly taking shape. Here in Asia, there are increasing reasons for optimism. Already home to over half of the world’s population and a rising middle class, COVID-19 and geopolitics have accelerated seismic shifts in the region’s business landscape, much of which are structural and enduring”.

“Globalisation is giving way to regionalisation. Fundamental changes are happening in supply chain approaches, trade pacts, digital and consumption patterns, and financial innovation. Although COVID-19 set back progress, we have seen the region’s policymakers act decisively to mitigate its impact, protecting economies from their worst ravages. As it stands, Asia is rebounding faster than the rest of the world.” 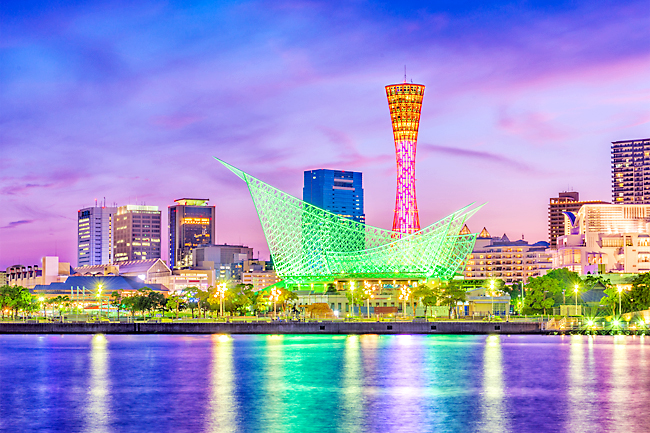 He shared that research estimates Asia’s growth of 7.5 per cent in 2021, with China and India leading at eight per cent and 10 per cent, respectively, spearheading the global economic revival.

“Slingshooting the comeback will be the Regional Comprehensive Economic Partnership (RCEP). The RCEP is expected to boost intra-Asian trade, which already accounts for half of Asia’s trade volume. With a harmonisation in trade standards, RCEP’s added connectivity will bolster a rapidly rising north-south corridor. Supply chain shifts precipitated by United States (US)-China tensions on top of the already revved-up engine of Asia’s emerging consumer base will bring about a structural rebalancing of global trade corridors. The East will increasingly be producing for the East. And other advances – including enhanced connectivity within the Greater Bay Area and across ASEAN – will add whirls of vitality,” Hung said.

The CEO believes Asia is in a different place to where it was even a year ago. COVID-19 has wrought structural changes, but it is these exact shifts that are presenting underrated opportunities for businesses.

“Experiencing last year’s growing fragility of the international supply chain, those businesses quick to adapt have re-engineered their approach to sustain growth. With certainty of supply now valued as highly as costs and speed-to-market, supply-chain participants have rebalanced their priorities, focussing on a ‘just-in-case’ model with greater emphases on self-sufficiency and business continuity.”

Hung added that the pandemic has also brought digitalisation to the fore, compelling traditional and new players alike to adopt technology to ensure resilience and sustainability.

“Everything from education, shopping, food and healthcare are shifting online. Asia has already surpassed North America and Western Europe in terms of the share of e-commerce retail sales, with the fastest growth coming from India, China and Indonesia. Governments are also accelerating digital interconnections. China’s digital currency, Singapore’s Networked Trade Platform and Hong Kong’s eTradeConnect all serve to bring greater connectivity to facilitate trade and payment flows,” he said.

The CEO predicts that a year from now, the world could look vastly different from what it is today, just like how it did from the last 12 months. At the heart of a resurgent Asia will be fast-changing digitalisation dynamics against a rapidly evolving context.

He said, “For the bold and decisive, it is this backdrop in Asia that provides a unique, broad, and exciting canvas – albeit a fragmented one. No single business player has dominated any sector in Asia as Google, Amazon or Apple have in the US and around the world. Take messaging apps: LINE dominates in Taiwan and Japan, whereas Telegram, WeChat, Signal, and WhatsApp are popular in other parts of Asia. Likewise for e-commerce platforms, ride-hailing apps and payment wallets.

“Recognising that this gap exists is key – it’s indicative of the potential opportunities that are available. Businesses that act upon what Asia has to offer today will be well-placed to emerge as tomorrow’s leaders. And that reinforces another element: time is of the essence, and the first-mover advantage is real.

“Prospective players, then, need to approach this market with an aggressive, dominant-player and fail-fast-learn-fast mentality, continued the CEO.

He added that companies that look to revamp their strategies now while factoring in the profound structural shifts underway will make a meaningful impact.

“Success in Asia is unlikely to be straightforward. Much will also depend on extraneous factors, including regional stability, US-China relations, the speed by which the pandemic can be controlled, and how governments implement their public policies. Asia also faces substantial risks in climate change, where public and private sectors’ ability to heed sustainability considerations to generate long-term economic growth will be critical.

“Caveats aside, Asia is the beating heart of the world and I have no doubt that it will pump vibrancy back into the global economy,” added Hung.