During the first six months, exports and imports between China and other RCEP countries hit USD939.3 billion, accounting for about 32 per cent of China’s total trade. China’s exports to other RCEP member countries were worth about USD468.5 billion during the period, growing 14.7 per cent year-on-year, which was 2.3 percentage points higher than the average annual growth rate of China’s exports to other RCEP member countries in the past 20 years.

In addition, shares of most RCEP countries in China’s exports have all risen, except for Japan, Vietnam and New Zealand.

Japan’s smaller share in China’s total exports was mainly due to the sharp depreciation of the Japanese yen since the end of May, which has weakened Japan’s import capacity.

In the first four months before the sharp depreciation of the yen, Chinese exports to Japan accounted for 4.97 per cent of China’s total exports, higher on a yearly basis.

Vietnam’s share decline is probably attributable to two factors. One is some competition between China and Vietnam in machinery manufacturing, textile and garment industries. 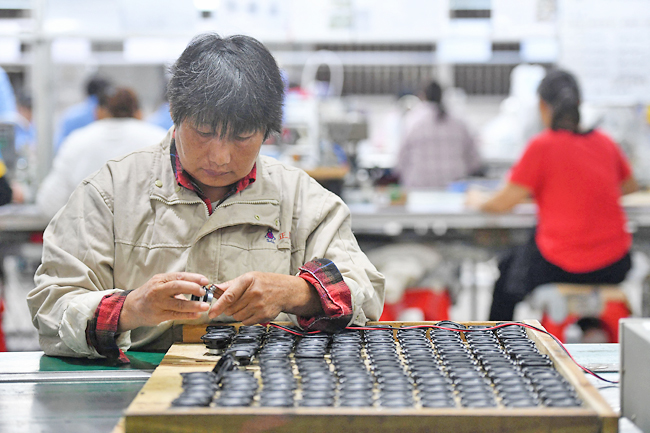 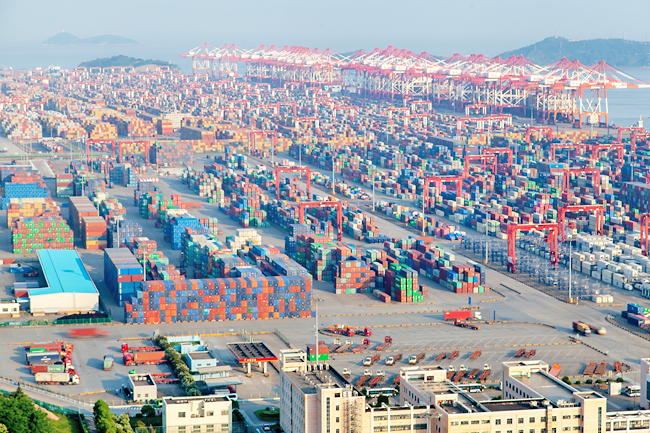 Vietnam’s preferential tariffs for many of these Chinese products are not yet fully in place.

Also, Chinese exports to Vietnam mainly focus on upstream mechanical and electrical products, and Vietnam’s demand for those products is softer this year as it focuses on boosting end product production to meet overseas demand.

The RCEP has facilitated China’s exports to Japan and South Korea. The implementation of the trade pact has for the first time established direct free trade relations between China and Japan, and Japan will eventually remove 88 per cent of tariffs on Chinese imports.

The RCEP is also the first free trade agreement involving China, Japan and South Korea, which helps with economic integration in Northeast Asia. To consider the RCEP’s influence on the structure of China’s exports, there are three aspects to consider.

Products that do not have export or other competitive advantages over products from other RCEP members cannot significantly boost China’s export performance, and the RCEP has limited impact on such exports.

For Chinese exports that only enjoy competitiveness over products from RCEP countries, such advantages may not last long. For instance, because of their bulky weight or short shelf lives, products like paper products only have export advantages vis-a-vis neighbouring RCEP countries.

Chinese products having certain competitiveness and significant export advantages in the RCEP region will usually enjoy high-level preferential tariff treatments, and export strength of such products is unlikely to subside over the short term.

Chinese products that have strong competitiveness in global markets but moderate advantages in the RCEP region will enjoy more export room in high-end markets, but must pay attention to competition from other RCEP countries.

Thanks to preferential tariff treatment over the long term, competitiveness of some Chinese products, such as integrated circuits, automatic data processing equipment and automotive parts, will remain strong. Products such as midstream manufactured goods, which include electromechanical machine parts and storage equipment, do not face fierce competition in the region while enjoying protective tariffs under the RCEP agreement.

As domestic industrial chains upgrade, export volume and value of such products are expected to grow. Yet for traditionally labour-intensive products, such as furs, suitcases, clothing, household items and toys, they will be more likely to get replaced by products from ASEAN, although tariff treatment under the RCEP may extend export opportunities for some time.

That is because while China’s environmental protection regulations tighten and labour costs grow, ASEAN member states have been gradually receiving transfers of related capacity from China, especially in textile and clothing industries, thanks to their rich labour resources, low cost and foreign investment incentives. The RCEP will reduce tariff and non-tariff barriers among member countries, thereby boosting trade, which is called the trade creation effect.

At the same time, China and other RCEP members have similar industrial systems and resource endowments, and therefore face certain competition in export markets.

The implementation of the RCEP will therefore have a “substitution” effect on China’s exports.

However, the creation effect is more influential than the substitution effect.

Due to the resurgence of COVID-19 cases in China, ASEAN’s capability to replace China in global export markets increased temporarily. The share of China’s textile products in global export markets has been partially replaced by ASEAN, but that was the result of the transformation and upgrades of China’s manufacturing industry and the relocation of relatively low-end industrial chains.

China’s textile and apparel industry has moved up the value chain toward two ends of the same spectrum－conception and marketing that command higher added value on the one hand, as well as the core manufacturing aspect on the other.

ASEAN has had a relatively strong substitution effect on China’s textile product exports, but its export substitution effect on China’s electromechanical products is very limited. China’s capital and technology-intensive industries in the electromechanical sector provide ASEAN with upstream products and high-end intermediate products, which are difficult to be replaced by ASEAN.

No matter whether one is talking short term or long term, the RCEP will play an important role in supporting China’s export growth.

Some studies show that from 2020 to 2035, the RCEP will lift China’s exports by about 7.6 per cent compared with the baseline scenario. With the recovery and expansion of ASEAN production capacity, the deep implementation of the RCEP agreement and the recovery of China’s supply chain, the value chain in the RCEP region will become a pillar of China’s exports.

China and ASEAN are each other’s largest trading partners. In the short term, China’s role in the operations of regional industrial and value chains is very firm, especially that of ASEAN.

Most of the ASEAN countries have weak industrial foundations and support facilities.

Foreign investment has led to an increase in ASEAN plant construction and machinery purchases, and its imports of intermediate and high-end machinery and equipment have increased. The implementation of the RCEP agreement boosts China’s exports of electromechanical equipment and chemical products.

Also, the ASEAN manufacturing sector is increasingly dependent on the Chinese market.

To boost the RCEP’s positive effect on China’s exports while alleviating side effects, the following measures are recommended.

First is making full use of RCEP accumulative rules of origin. Raw materials sourced within the region can be treated as part of value-added products from the region to enjoy tariff treatment, which will help reduce costs for enterprises. Chinese enterprises should accelerate adaptation to such rules and make better use of them.

The nation is also advised to provide training and professional assistance to enterprises, improve infrastructure and financial support for foreign trade market entities, enhance the business climate, and promote multilevel and mechanism-based communication and cooperation with other RCEP members.