Contributed by Ministry of Defence

Since its humble beginning, the Royal Brunei Navy (RBN) has developed into a well-established organisation, equipped with modern naval assets, and stand ready to face challenges to defend the maritime sovereignty and territorial integrity of Brunei Darussalam while upholding the ‘Malay, Islamic, Monarchy’ (MIB) philosophy in parallel with the Royal Brunei Armed Forces (RBAF) core values.

Established in June 14, 1965, four years after the formation of the RBAF, the RBN was then known as the Boat Section numbering only 18 personnel, including an officer from the First Battalion, who attended a basic military course in Malaya from 1961 until 1964.

The Boat Section was equipped with several aluminium boats, known as Temuai and Fast Assault Boats. Back then, the navy’s role was solely to transport infantry elements to Brunei’s interior waters. The organisation expanded with the aid of stable economic growth throughout the years and was then known as the Boat Company in 1966.

By mid 1966, the Boat Company received three river patrol boats – KDB BENDAHARA, KDB MAHARAJALELA and KDB KERMAINDERA – manned by Bruneians, led by a qualified Commanding Officer. In the same year, the strength of Boat Company was enhanced with Hovercraft Vessels type SR.N5 followed by SR.N6 in 1968. 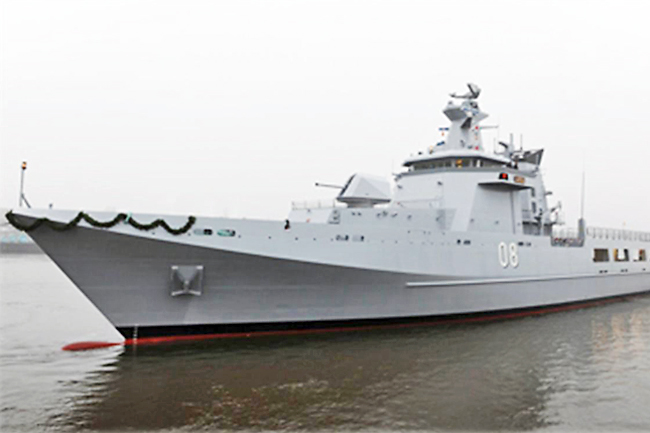 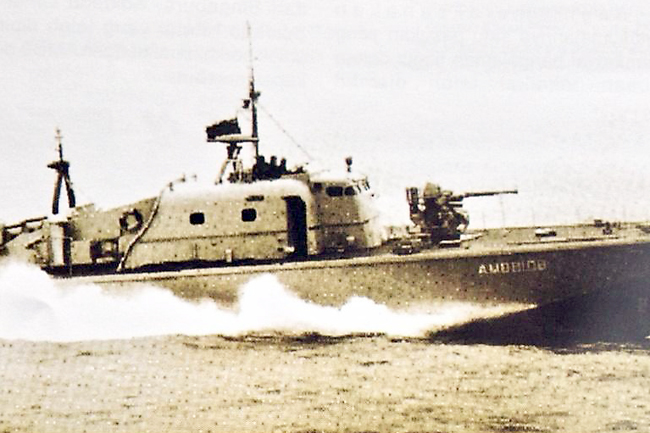 The organisation’s prime roles at the time were to conduct patrols within Brunei Bay and along the coastline of Brunei Darussalam.

Landing crafts KDB Damuan and KDB PUNI were first introduced in 1976 and were later joined by KDB TERABAN and KDB SERASA. Their main tasks were to transport troops and their vehicles to Temburong District.

The year 1978 saw the RBN’s first modernisation programme when its first Missile Gun Boat, KDB WASPADA, was commissioned to enter the service, followed by KDB PEJUANG and KDB SETERIA in the following year. Both ships were equipped with Exocet MM38 surface to surface missile and 30mm Gun.

The ‘WASPADA’ Class made history throughout its days in service by contributing to the nation until the vessels were decommissioned in mid-2010.

These vessels had broadened the horizon of the navy’s coverage in conducting patrols of up to 200 nautical miles from the shore.

To contribute effectively to the security of the nation’s interest in offshore assets and to support peace in the global arena, the RBN must advance and thrive, hence, it’s vision, ‘To Deliver Robust, Responsive and Resource-Efficient Navy’.

The RBN’s primary mission, ‘To Defend the Maritime Sovereignty and Territorial Integrity of Brunei Darussalam’, is aligned with the Ministry of Defence’s (MinDef) White Paper and Strategic Plan, which is to maintain the sovereignty of Brunei waters.

To conform to its Vision and Mission, the navy’s aspirations and developmental goals has evolved in cognisant with the threats. The navy upholds the roles of Conducting Surveillance and Enforcing Territorial Integrity of Brunei Darussalam; Controlling Maritime Focal Areas; and Protection of Key National Assets and Infrastructure and other National Tasks.

Another version of the Patrol Vessel ‘KDB DARUTTAQWA’ later joined in 2014, to be the training platform for the officers and men of the navy alongside similar roles to its sister vessels.

These ships are equipped with state-of-the-art weapons system equipment to augment the navy’s capability and can sustain operation for up to 21 days without replenishing at sea. Due to its capability, the navy was able to send three trips of food and necessities from the people of Brunei Darussalam to the victims of Super Typhoon Haiyan, also known as Typhoon Yolanda, in Tacloban, Republic of the Philippines, in November 2013.

Another addition was the KDB MUSTAED, a 21-metre ship that can conduct interception with its high speed and agility, commissioned in 2011. The ship was built in the Republic of Singapore with the main task of patrolling Brunei’s coastline as well as the offshore oil platforms.

The navy also progressed with the introduction of female officers to work onboard the ships and given the equal opportunity to advance in their career on equal footing as their male peers. Today, the navy has a total of 38 female officers serving in varying vocations.

At present, the RBN is equipped with 16 ships and has more than 1,500 personnel, raising its standard on par with other friendly navies.

From its humble beginnings to where it is now, the RBN has projected itself in the international community for a global common cause: promoting peace and stability.

The RBN now can stand tall among its peers and be proud of its achievements.