THE WASHINGTON POST – How do you write a business book about a gold rush – as it’s happening? Do you offer tips on where to buy pickaxes and how to read geologic maps?

Do you recount the stories of the most wildly successful prospectors, in hopes that readers might (figuratively) emulate their (literally) groundbreaking habits and strategies later on?

Or do you step back and write a broader cultural study, fingers crossed that you’ll correctly distinguish the truly brilliant from the frauds and the hucksters, dismiss the fads, and pinpoint the craze’s lasting influence on business and society – all by your publisher’s deadline?

Lawrence Ingrassia gamely faces down the present-day equivalent of this challenge with Billion Dollar Brand Club.

His subject is the rise of direct-to-consumer (DTC) companies – start-ups, often with playful names (Warby Parker, Glossier, Casper), that skip traditional retailers to market their own products and brands straight to shoppers, online. By now, if you haven’t purchased a DTC product, you’ve certainly scrolled past their ads on Instagram and Facebook. They promise stylish, inexpensive versions of everyday products: eyeglasses, makeup, mattresses (offered by the above names, respectively) as well as electric toothbrushes, underwear, baby clothes – the list goes on. But you may not know their backstory.

Over the past 10 years, there’s been a mad dash by venture capitalists, MBAs, Ivy Leaguers and trust fund kids to start thousands of these brands. Collectively investors have poured some USD5 billion into new brands making all manner of household items, which have subsequently swiped billions in sales from their more-established competitors.

The phenomenon’s crowning moment – so far, at least – came in 2016, when consumer-products giant Unilever paid USD1 billion to buy Dollar Shave Club, a subscription seller of discount safety razors that had been founded four years earlier by an improv comedian. There’s gold in them sundries.

Ingrassia ventures into the hubbub, on the lookout for entrepreneurs like Dollar Shave Club’s improv comedian, Michael Dubin, who are “emblematic of the capitalist zeitgeist of his era.”

He organises the book as a series of self-contained narratives, each one focussed on a different aspect of the DTC boom that he considers transformative: sourcing, financing, marketing, logistics. Fortunately he’s a natural storyteller with a playful ear for language.

The entrepreneurs’ stories, despite Ingrassia’s best efforts, tend to follow a common arc: The young would-be founders are minding their own business until an unexpected hassle or rip-off in their shopping lives derails everything (These glasses are too expensive! This mattress store is confusing!). Inevitably the heroes quit whatever they are doing (typically management consulting, business school or some other résumé-builder) and dedicate their lives to solving the problem, naturally by offering a new product to a sizable target market.

The convenient economy may sound familiar if you hang around entrepreneurs. These days, founders hone their personal tall tales down to easily repeated bullet points they can shoot at investors, reporters, you name it.

While researching the book, Ingrassia takes the incoming fire from the founders. To his credit, he also gathers novel perspectives from the supporting cast that helps shape these businesses: the zealous venture capitalists in San Francisco, the bemused manufacturers in Taiwan, the chagrined executives at the blue-chip consumer-products giant in Cincinnati who can’t believe what hit them.

Collectively, they populate the book like the residents of a bustling boom town, albeit one where many folks seem to have recently left a stint at Wharton.

But as the book hops from one part of the cottage industry to the next, skeptical readers begin to wonder: Is everything in direct-to-consumer-land as hunky-dory as its citizens would have Ingrassia believe? For instance, is anybody in this town actually making any money – or are they just raising and spending piles of it?

Early on, Ingrassia introduces us to DTC’s de facto mayor: a chic, influential venture capitalist named Kirsten Green. Green, a founding partner of Forerunner Ventures, invested in Warby Parker in the same year it started, 2010, thereby spotting the boom before practically anyone.

Her subsequent early bets on future unicorns (Dollar Shave Club, Glossier) cement her status as the industry’s oracle and kingmaker. 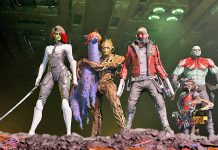 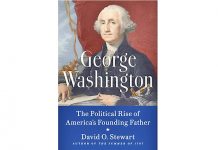 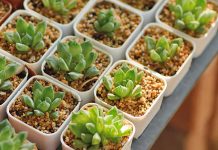